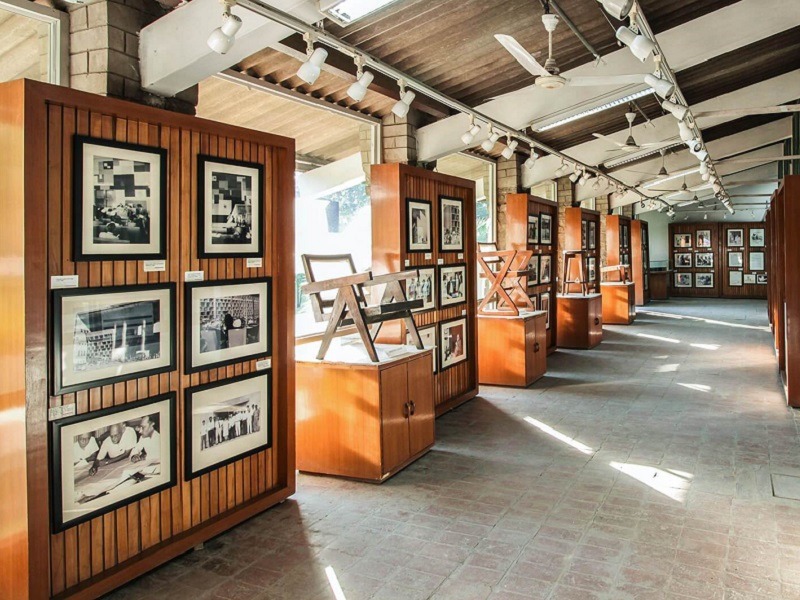 At a distance of 3.5 km from Chandigarh Bus Station, Le Corbusier Centre is an old building located in Sector 19 of Chandigarh. It is one of the important heritage places to visit in Chandigarh.

Le Corbusier Centre has been set up by the Chandigarh Administration, at the old Sector 19 office of the city's architect, Le Corbusier. The Swiss-French architect used the office while conceptualizing the city almost six decades ago. The Centre displays and exhibits the life and works of Le Corbusier, so that tourists and future generations may be able to acquaint themselves with the rich cultural heritage of the city. The main aim of the Centre would be preservation, interpretation, research, display of the works and legacy of Le Corbusier.

This Museum has documents, plans and photos of Le Corbusier, along with enthralling letters enlightening the politics following the project, and also one from Jawaharlal Nehru to the Chief Minister of Punjab. As this center shows what contributions have done by Le Corbusier to make this beautiful city Chandigarh. The museum consists of work of painting and art, and be a sign of the harmonic union of Le Corbusier architecture, paintings, sculptures, furniture propose and his writings which are exclusive and probably the only one such accessible structure in the humanity.