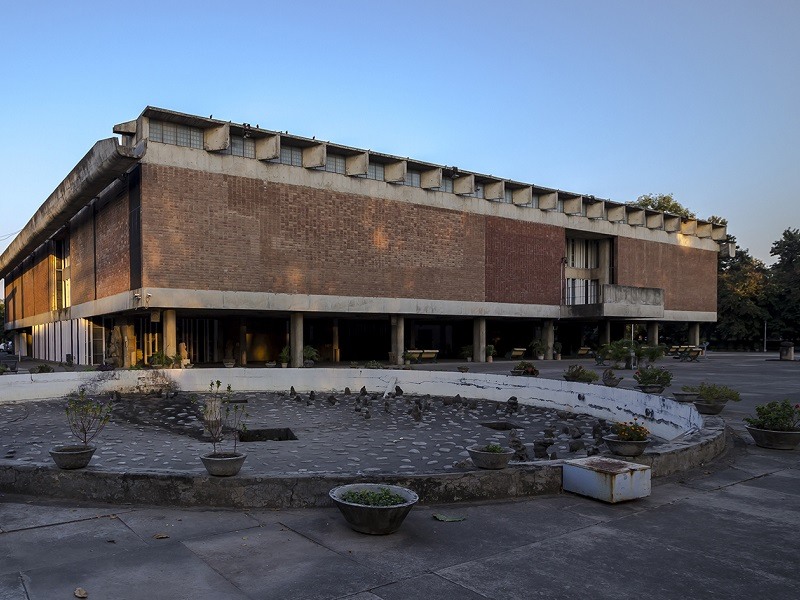 #4 of 23 Places to Visit in Chandigarh

At a distance of 3 km from Chandigarh Bus Station, Government Museum & Art Gallery is a popular museum situated at Sector 10 of Chandigarh. This is one of the prominent museums of India that speaks well of the history and partition of India. It is one of the top places to visit in Chandigarh. The museum has also been declared a Grade-I heritage building by the Chandigarh Administration within the ambit of the Chandigarh Master Plan 2031.

The Government Museum & Art Gallery was established in 1947 to preserve the Gandharan sculptures, Pahari and Rajasthani miniature paintings. Before the partition in 1947, the collection of art objects, paintings, sculptures and decorative arts, were housed in the Central Museum, Lahore, the then capital of Punjab. On April 10, 1948, the division of collection took place by which sixty percent of objects were retained by Pakistan and the remaining forty percent collections consisting mainly of Gandharan sculptures and Indian miniature paintings fell in the share of India. Received in 1949, this collection was first housed in Amritsar then Shimla, Patiala and finally shifted to Chandigarh.

The present extensive campus of the Museum was inaugurated by Dr. MS Randhawa, then chief commissioner of Lahore in 1968. The museum is well known for its unique architecture designed by Le Corbusier. The beautiful campus of the museum is surrounded with selective trees and some contemporary sculptures. It is part of the series of three museums of Unlimited Growth designed by Le Corbusier, the other two being Sanskar Kendra, Ahmedabad and Museum of Western Art, Tokyo.

The museum is briefly divided into four sections which comprise an Art Gallery, Natural History Museum, Chandigarh Architecture Museum and National Gallery of Portraits. The Natural History section of the museum exhibits the evolution of man, dinosaurs in India, and the ancient manuscripts. The National Gallery of Portraits displays the photos of the freedom fighters of Indian independence movement. The Chandigarh Architecture Museum displays the original documents of the planning and evolution of the city. Visitors can also find some rare plans, sketches and photographs of the City in this section.

The Art Gallery displays the sculptures of the ancient India, Medieval India, Gandhara period, etc. The major attraction of the museum is 627 Gandhara sculptures and about 4000 Indian miniature paintings particularly belonging to the Pahari School of Art. In addition, there are about 200 Medieval Indian Sculptures found from nearby sites of Punjab, Haryana and Himachal Pradesh. There is also a representative collection of Indian Gold, Silver and Copper coins. The museum also has a spacious reference library to meet the intellectual needs of scholars and students.

The museum also organizes a sound and light show on every Friday, Saturday, and Sunday at 7.30 PM.