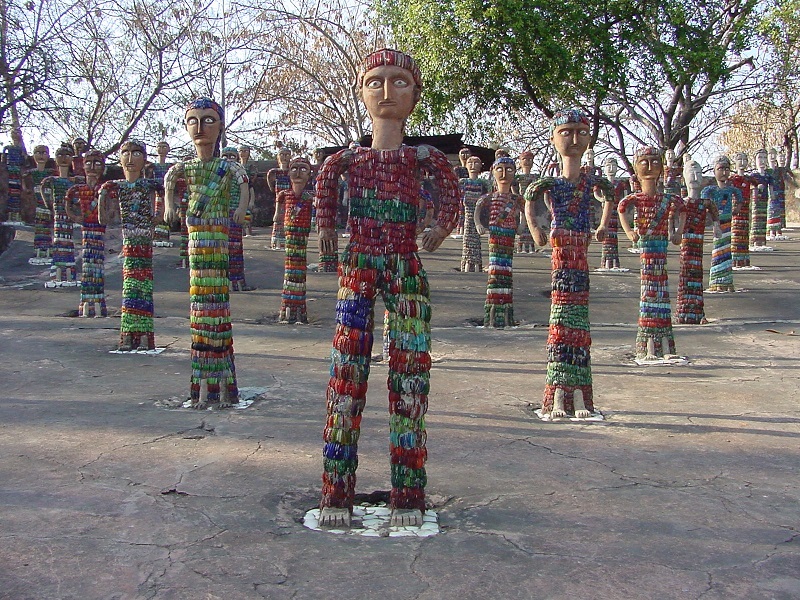 #1 of 23 Places to Visit in Chandigarh

Also known as Nek Chand's Rock Garden, the park was opened to the public in 1976. Spread over an area of 25 acres, the Rock Garden has been designed as an open-air exhibition hall using urban and industrial wastes by Nek Chand, a former Road Inspector in Chandigarh. Nek Chand started the garden secretly near Sukhna Lake in 1957. The site where the rock garden stands today was a dumping ground and from here Mr. Nek Chand picked many waste materials and eventually shaped them into some amazing structures of humans and other forms. It was discovered by the authorities in 1975 and might have been demolished on the grounds of being illegal, but was saved by popular public opinion. Nek Chand was then put in charge of the park and given a team of 50 labourers to work on his project.

This garden has several interlinked man-made waterfalls, puddles and various sculptures made from scrap like plastic bottles, auto parts, clay, coal, marbles, forks, frames, tiles, ceramic pots, electrical waste and accessories like bangles. The sculptures mostly resemble animals and humans, but some are great examples of abstract art. This garden is a vision of the kingdom of Sukhrani, started by Nek Chand. This make-believe kingdom has 14 chambers representing the Durbar, Royal poets and musicians' chamber, swimming pool meant for the queen, pavilions and other areas for royal leisure.

Teej Festival is a festival celebrated with lot of pride by women at Rock Garden Chandigarh.