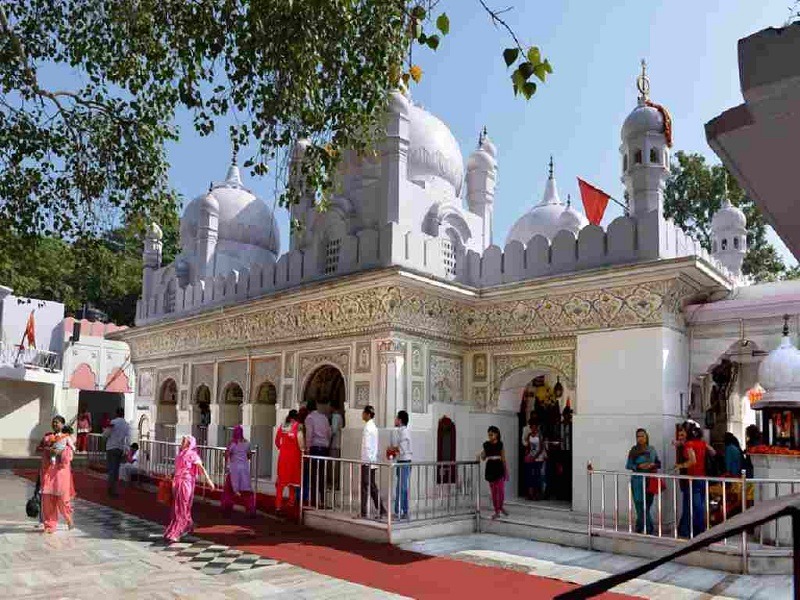 At a distance of 11 km from Chandigarh Bus Station, Mata Mansa Devi Temple is a Hindu temple situated at Bilaspur village in Panchkula district of Haryana. It is a famous shrine in Panchkula and also one of the top places of pilgrimage in Chandigarh.

The temple is dedicated to goddess Mansa Devi, a form of Shakti. According to the Hindu mythology, the head of Devi Sati had fallen over here. It is one of the prominent Shakti temples of North India. Spread over an area of 100 acres, Mansa Devi Temple basically houses two temples. The temple that is located near the parking lot is said to be the main temple. It was established in the year 1815 AD by Maharaja Gopal Singh of Manimajra. At a distance of 200 m from the main temple is the Patiala temple which was got constructed by Karam Singh, the then Maharaja Patiala in 1840. This temple had the patronage of Manimajra Princely State.

The architect for the main temple is not in consonance with the Shivalik region where usually a typical 'Nagara' or curvilinear spiral temples were erected. This is in sharp contrast to the environment of the region as the main temple manifests a typical mogul architecture represented by domes and minarets. There are four other temples in the complex and these temples show four minarets at four corners with a cupola on its top. The domes are onion shaped and stand on an elongated circulator drum. The facade of the temple shows miniature vaulted alcoves. Adjoining to the temple, there is a beautiful garden consisting of sacred plants.

Of the two temples present in the temple complex, the main temple is dedicated to Goddess Mansa. Devi Mansa is worshipped along with Devi Saraswati and Lakshmi in the sanctum sanctorum. While Goddess Mansa is worshipped in the 'pindi' form as well as the anthropomorphic marble idol form, Devi Saraswati and Lakshmi are worshipped in the form of stone pebbles or the 'pindi' form. The marble sculpted form of Devi Mansa was created in recent times to give it a more human form but earlier, the Devis were traditionally worshipped in the form of pindis by devotees.

Every year two Navratra melas are organised in the month of Aswin and other in the month of Chaitra by the Shrine Board. Lakhs of devotees pay obeisance during the Navratra mela held in Ashwin and Chaitra and temples remain open throughout the day. These melas are of 9 days duration each time and concludes on 9th day. The shrine Board makes elaborate arrangements for the comfortable stay and darshan of the devotees.