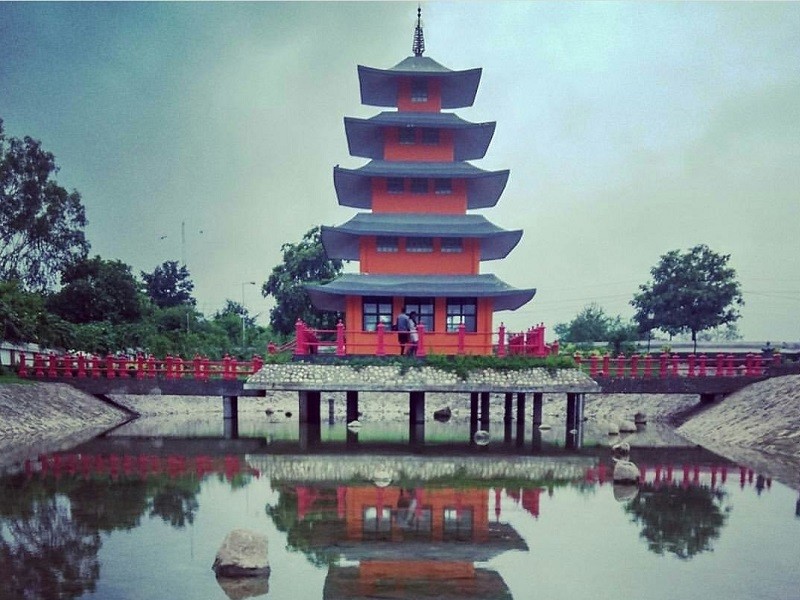 #6 of 23 Places to Visit in Chandigarh

At a distance of 5.5 km from Chandigarh Bus Station, Japanese Garden is a latest park located in Sector 31 in union territory of Chandigarh. This is the first ever garden in Chandigarh with Japanese touch.

Japanese Garden has been developed at a cost of Rs. 6 crore by Indian Government. The garden is designed using Japanese architecture and each of the elements in the garden is given a unique Japanese touch. Spread over an area of 13 acres, the park consists of two phases. The Phase-1 of the park was inaugurated in 2014 and Phase-2 of the park was opened to public in 2016. Both the phases of the park are connected by an underground tunnel decorated by beautiful Japanese paintings on both sides.

This Japanese style park showcase the Japanese culture, art and various types of plants. The main attractions of this garden include a pagoda tower, meditation hut, Zen garden, statues of Buddha, a small pond with pretend crocodiles, a bridge over the pond and much more. There are 4 water bodies in the garden and wooden bridges have been constructed over them. At night, the garden looks astonishing as the walk-ways have been illuminated with Japanese lanterns.