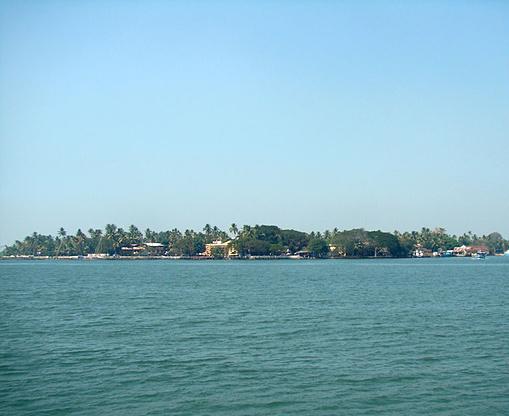 At a distance of 11 km from Ernakulam Junction (South) Railway Station, Vypin Island is one of the group of islands that form part of the city of Kochi, Kerala. It is one of the most visited tourist places in Kochi.

Sprawled over an area of 25 km, Vypin Island is formed after heavy floods in the year 1341. Vypin forms a barrier island that lies between the Arabian Sea in the west and the Cochin backwaters formed by the various distributaries of the Periyar river, in the east. It is one of the most densely populated islands in the world that connects Kochi by a series of bridges called Goshree bridges touching other two islands Mulavukadu and Vallarpadam and then end at Marine Drive, Kochi. The island, also named Vypeen is a fast-developing suburb of the city.

The beautiful Bungalow Heritage homestay is also located at Vypin which was built in the year 1930, representing a perfect blend of Kerala, Dutch and Portuguese architectures. Also, one can encounter the Azhikotta Fort (Pallipuram) built-in 1503 by the Portuguese, which is one of the oldest European Forts in India. The western coast of Vypin has the longest beaches in Kochi namely, the Cherai Beach, Kuzhuppilly Beach, and the Puthuvype Beach. The island also houses the famous 46 meter Kochi lighthouse (open from 3 pm to 5 pm on all days).