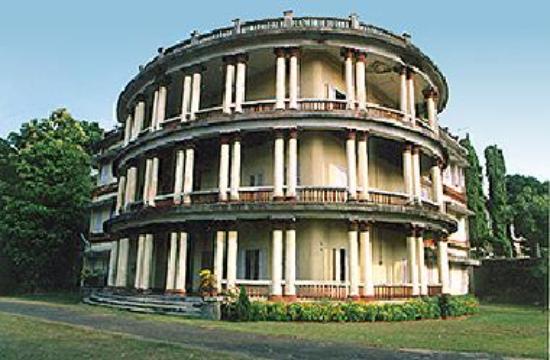 The Hill Palace was built in 1865 by the Maharaja of Cochin Ravi Varma using his personal wealth and was the official residence of the Cochin Royal Family. The palace complex consists of 49 buildings in traditional Kerala architectural. It is surrounded by 52 acres of terraced land with ponds, fountains, a garden, and lawns. The palace was handed over to the Government of Kerala by the Cochin Royal Family in 1980. Later in the year 1981, it was taken over by the Archaeological Department and opened the museum in 1986.

In the Archaeological Museum, there are 15 major galleries exhibiting a plethora of artifacts like paintings, weapons, jewelry, sculptures, coins, and furniture. Most of the exhibits are donated by Royal families like Cochin and Travancore. Some antique objects were collected from different places in Kerala by the Department of Archaeology. The exhibits from the Paliayam Devaswom group are housed in the Paliath Achan Gallery.

Consisting of many amenities which include a deer park, a cultural museum, and a well-maintained park, this spot attracts a lot of locals and tourists who visit the area as part of Kochi packages. The garden on the grounds is also the home to a large number of plants which include rare plants with medicinal properties. The famous Malayalam movie Manichitrathazhu was shot here.