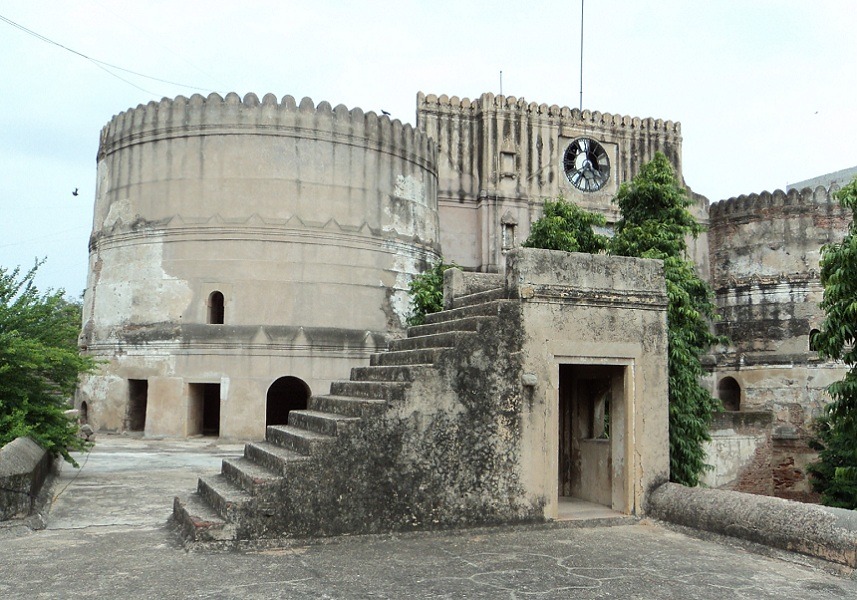 #7 of 24 Places to Visit in Ahmedabad

At a distance of 2.5 km from Ahmedabad Junction, Bhadra Fort is an ancient fort situated on the east bank of Sabarmati River in Ahmedabad city of Gujarat. It is one of the historical places in Gujarat and among the most popular Ahmedabad Tourist Places.

Bhadra Fort was built in 1411 AD by Sultan Ahmad Shah I, the founder of Ahmedabad city. In the year 1573, Bhadra Fort was taken over by the Mughal emperor Akbar. Under the rule of Mughals, Ahmedabad became the leading center of textiles in Gujarat. Peshwas and Gaekwads jointly ended the Mughal rule and established Maratha Empire in 1583 CE. The British defeated the Marathas in the war held between 1775 AD and 1782 AD but they gave back the fort after signing a treaty with the Marathas. The British captured the fort in 1817 CE and was used as a jail till independence.

The fort was named so because of the presence of Bhadra Kali Temple which was built during the reign of the Marathas. It is also said that Sultan Ahmad Shah built the Bhadra gate for entering the fort and due to this, the fort is called Bhadra fort. The fort was also known as Arak Fort as described in Mirat-i-Ahmadi.

Encompassing an area of about 43 acres, the fort was built in Indo-sarcenic style. This square shaped fort had a fortified city wall with 14 towers, eight gates and two large openings. The fort complex includes the beautiful Nagina Baug, a beautiful palace, Ahmed Shah's Mosque, a temple for goddess Bhadra Kali and the famous Teen Darwaza. Most part of the fort has been built with deep red colored stones. The palace inside the fort has ornate arches and heavily embellished balconies, a testament to the brilliance of Mughal architecture.

Ahmad Shah Mosque was built by Ahmad Shah in 1414 AD. The mosque was used by the royal people for offering prayers. The outer wall of the mosque is plain having pointed arches. There are five large domes along with small domes which are beautifully ornamented and are supported by pillars. It is considered as the oldest mosque of Ahmedabad.