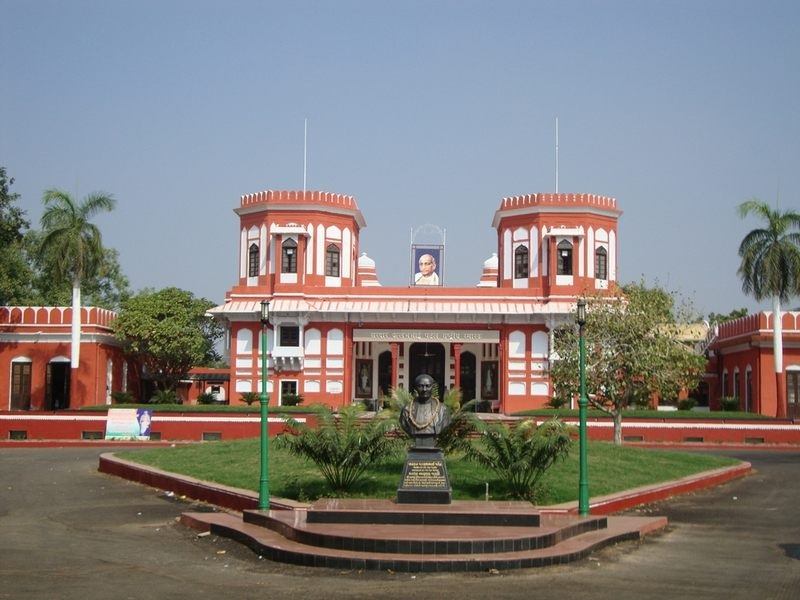 Sardar Vallabhbhai Patel National Memorial Museum is housed in Moti Shahi Mahal, which was constructed between 1618 and 1622 for Mughal Emperor Shah Jahan. The building was later used as a British cantonment to house the senior officials. In 1878, the great Bengali poet Rabindranath Tagore stayed here and this building served as an inspiration behind his story The Hungry Stones. This palace became the Raj Bhavan, the official residence of the Governor of Gujarat from 1960 to 1978 and was transformed into a national memorial dedicated to Sardar Vallabhbhai Patel in the year 1978. Later in the year 2013, the infrastructure of the museum was enhanced with the latest technology for a more interactive experience.

The museum is located on the ground floor, covering the central hall and four adjacent rooms. Exhibiting more than 10,000 specimens of art and craft, the museum is known as the best art museum of Gujarat that houses Sardar Patel's belongings, his life-size portrait with family and friends. Visitors can also find the biography of Sardar Patel in the museum, which contains a detailed description of all the phases of his life. A major attraction of the Sardar Patel National Memorial Museum is the national flag that was designed by the Indian National Congress in 1930 -1931.

The museum is equipped with state-of-the-art facilities like multimedia halls, LCD displays, jail zone, multi-touch tablets, etc. The highlight of the museum is its 3D sound, light and laser show that narrates the story of our motherland, India. The story outlines the Vedic period, the Mughal era, the British domination, and the freedom struggle of India. The show is a salutation to all our freedom fighters and martyrs. There is a lush green garden with beautiful water bodies attracting animals like monkey and peacocks in the exteriors of the museum.