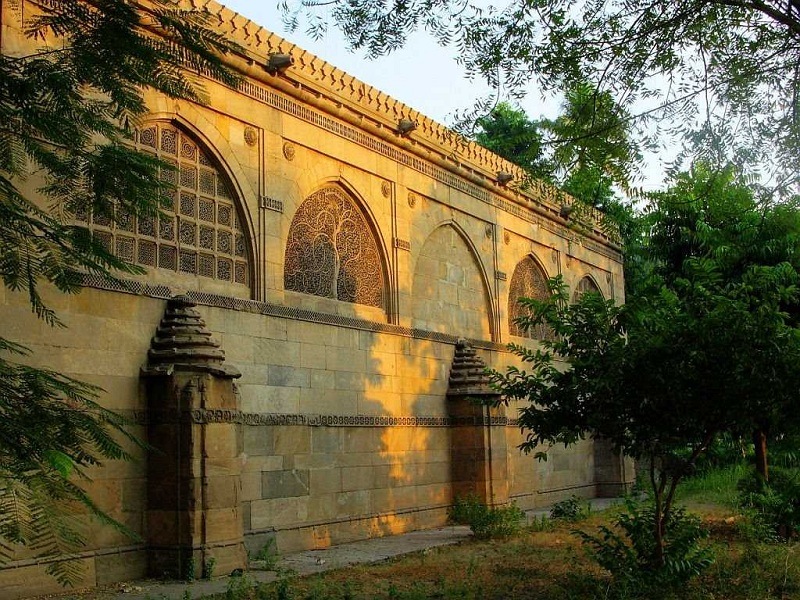 At a distance of 3 km from Ahmedabad Junction, Sidi Sayed Mosque is an old mosque situated near Lal Darwaza in Ahmedabad city of Gujarat. Popularly known as Sidi Saiyyed ni Jali, it is one of the well-known mosques in Ahmedabad and among the best places to visit in Ahmedabad.

The mosque was built in 1573 CE by Sidi Sayed during the reign of Sultan Muzaffar Shah III, the last ruler of Gujarat. He came to Gujarat from Yemen and later served Sultan Nasir-ud-Din Madmud III. According to history, the mosque was built in the last year of the existence of Sultanate of Gujarat, before the Mughals took over the city. Earlier, the Sidi Saiyyed Mosque was used as a government office during the British Rule, but now it is under the care of the Archaeological Survey of India (ASI).

The Sidi Saiyyed Mosque is built with yellow sandstone in Indo-Islamic style of architecture. The mosque is famous for its beautifully carved ten stone latticework windows (jalis) on the side and rear arches. The rear wall is filled with square stone pierced panels in geometrical designs. The two bays flanking in the central walkway have reticulated stone slabs carved in designs of intertwined trees and foliage with a palm motif.

The most exquisitely carved window is known as the 'Tree of Life', and is a resplendent verse to the artistic genius of its makers. This is the unofficial symbol of city of Ahmedabad and also the inspiration for the design of the logo of the Indian Institute of Management, Ahmedabad.