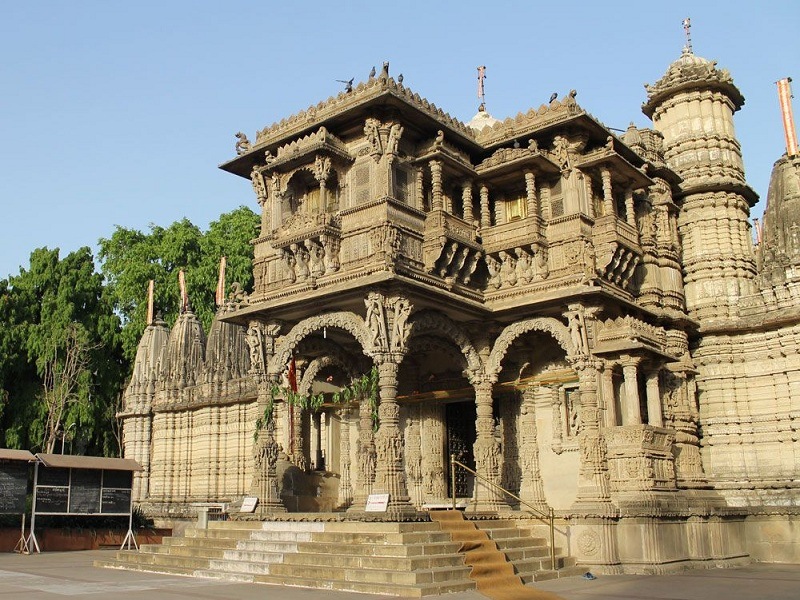 At a distance of 4 km from Ahmedabad Junction, Hutheesing Jain Temple is a Jain temple situated at Madhupura locality of Ahmedabad, Gujarat. Also known as Hatheesingh Jain Derasar, it is one of the prominent Jain temples in Gujarat and among the best places to visit in Ahmedabad.

The Hatheesing Jain Temple was constructed in the year 1850 AD by Seth Hutheesing, a prosperous Jain merchant. Named after its founder, Hatheesingh Temple of Amdavad was built in the honor of Lord Dharmnath, the15th Jain Tirthankara. The temple is known for its fabulous architectural styling and designing that consists of intricate carvings. The architect of the temple is Premchand Salat and is now managed by Hutheesing family trust.

The temple is an architectural marvel that has been built using beautiful white marbles. Hutheesing Jain Temple is a double storied construction which houses the marble idol of Lord Dharmnath, the 15th Tirthankara. The main shrine lies on the east and the temple is covered with a big dome supported by twelve ornate pillars. The main temple houses eleven deities, six in the basement and five in the bay sanctuaries. In addition, there are 52 shrines, each adorned with an image of a Tirthankara. There is also a recently built 78 feet Manastambha fashioned after the renowned Kirtistambha at Chittore in Rajasthan.