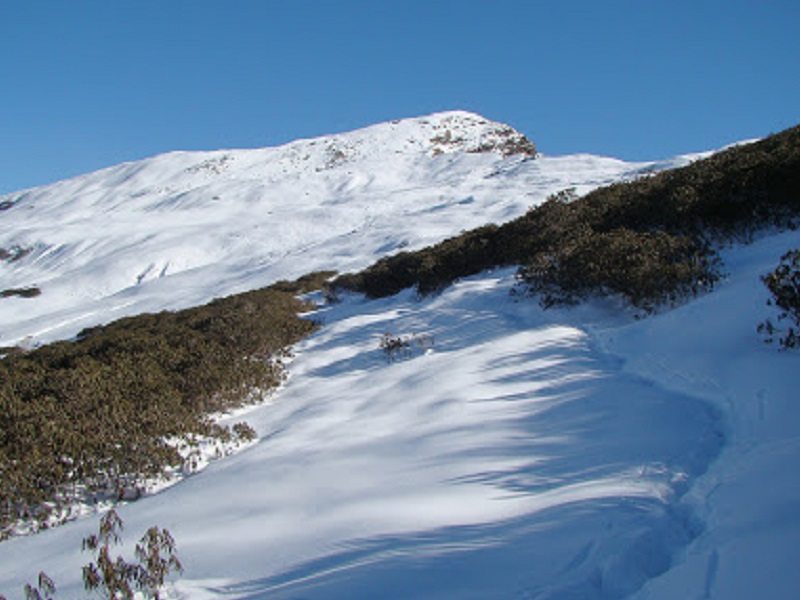 At a distance of 17 km from Rumsu and 40 km from Manali, Chanderkhani Pass is a beautiful mountain pass located in Kullu Valley, Himachal Pradesh. It is one of the best trekking destinations in Manali.

Placed at an altitude of 3600 m above the sea level, Chanderkhani Pass located in the middle of lush green Kullu Valley. It forms a way between the villages of Rumsu and Pulag to Malana, which indirectly forms a trekking route from Naggar to Malana across the Chanderkhani Pass. The trek is one of the most beautiful treks that introduces the traveler to the remote, hilly cultures of Himachal Pradesh. The pass offers fabulous views of the Deo Tibba peak, Pir Panjal, and Parbati range of mountains. The scenic beauty of the Kullu valley and the mountain peaks that dot that horizon is a treat for the nature lover throughout the journey.

The region has a lot of religious importance and is called the Valley of Gods. Legend has it that Jamlu, the presiding deity at Malana, opened a basket containing the gods of Kullu at the Chandrakhani Pass and incidentally a strong wind came by and blew away all the idols to the nearby peaks. Hence, all the nearby mountain peaks of Indrasan, Deo Tibba, Pir Panjal Range & Parbati Range are considered holy and can be seen very clearly from the pass.

This trek is ideal for nature lovers and adventure seekers who are looking for a short getaway from the city life. The trail for Chanderkhani Pass starts from the Rumsu village which is located above Naggar that takes you to the Chanderkhani Pass via Naya Tapru, which is about 4 km from Rumsu. The route to Naya Tapru consists of great snow, as great that trees and its branches are almost immersed and wrapped inside the snow. Later, the 13 km trail from Naya Tapru goes through dense forests of pine, fir, oak and chestnut, and over some lush meadows till Chaderkhani Pass. One can also continue trekking along the Malana River till Malana village, which is about 8 km from Chanderkhani Pass. It will take at least 5 days to complete the trek.

April to June and October to November are the ideal months to go on a trek to Chanderkhani pass.