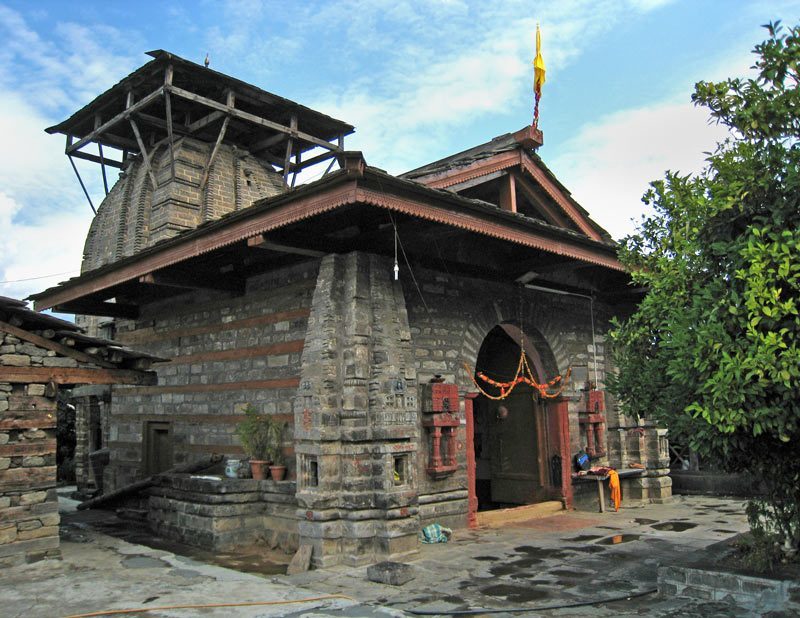 At a distance of 15.5 km from Manali Bus Stand, 5 km from Naggar and 26.5 km from Kullu Bus Stand, The Krishna Temple is located close to the ancient ruins of Thawa town.

The Krishna Temple, also known as Muralidhar Temple is believed to be 1000 years old. This temple is dedicated to Lord Krishna and also has the idols of Radha, Garuda and Laxminarayan. There is a small 'Rath' to the south of the temple which is used as a chariot for Lord Krishna during Dussehra.

The Krishna Temple is an example of pyramidal carved stone temple architecture with an intricately carved Shikhara. The base of the temple resembles late Gupta style carvings while the above portion of Shikhara has been rebuilt after the devastating earthquake of 1905.

Non-Hindus are not allowed inside the temple. However, they are free to roam around in the courtyard.