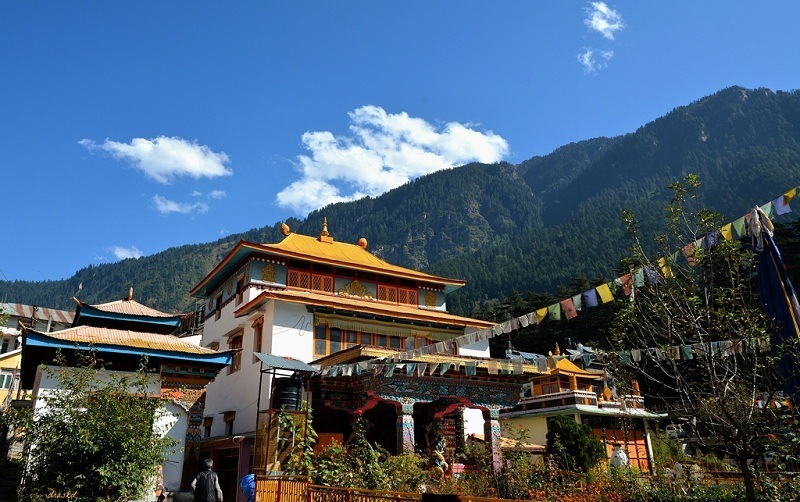 Place Location: Near The Mall

There are three important Tibetan Monasteries in Manli - The Gadhan Thekchoking Gompa, Himalayan Nyingamapa Temple and the other one at Aleo on the left bank of Beas River.

The Himalayan Nyingamapa Gompa is situated near the market place in Manali. The architecture of this monastery replicates a more modern style than the earlier one. Placed in the midst of sunflowers, the monastery glows at night with light bulbs lit to lighten it up. The huge gold faced bronze statue of Lord Buddha presides over the monastery.

These monasteries are surrounded by several small shops selling beautiful handicrafts and carpets made by Tibetan people living nearby these monasteries. The Tibetan Monasteries also run a Thanks School of Arts and a Carpet-weaving Center to preserve ancient Tibetan art. The paintings inside these buildings depict events from Lord Buddha's life and the Kalchakra that is the wheel of life fixed on the wall of the monastery shows the human life cycle. The Buddhists believe that rotating these wheels gives you salvation.