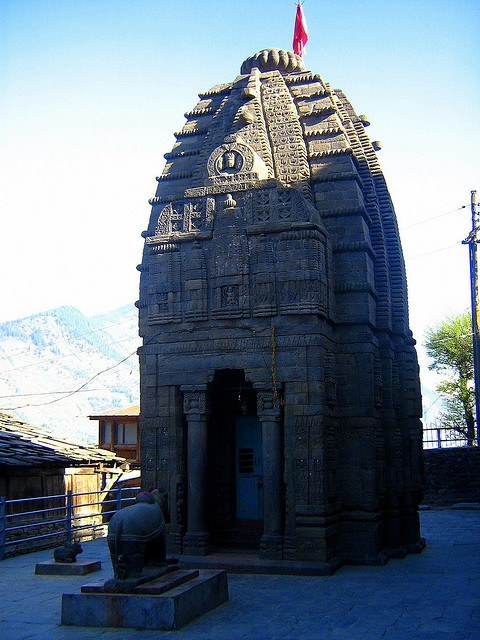 At a distance of 15.5 km from Manali Bus Stand, 5 km from Naggar Bus stand and 26.5 km from Kullu Bus Stand, The Gauri Shankar Temple is located in Dashal Village.

The Gauri Shankar temple at Dashal village is located very close to Naggar on the Naggar-Manali road. The small temple has exquisite stone carvings in classical style of the late Gupta period. The stone Shiva temples in the area are usually dominated by Brahmins and Rajputs, more so in the towns.

Gauri Shankar temple is very famous for its architecture. The curvilinear tower (shikara) contains beautiful carvings in stone. This style is believed to have been imported from Indian plains to hills in seventh or eighth century AD. The best example is of Vishveshvara Mahadev temple of Bajaura. Built on a raised platform, the outer walls bear some exotic scenes like those temples of Khajuraho. The scenery all around is marvelous. Inside the temple Shiv linga has been installed.