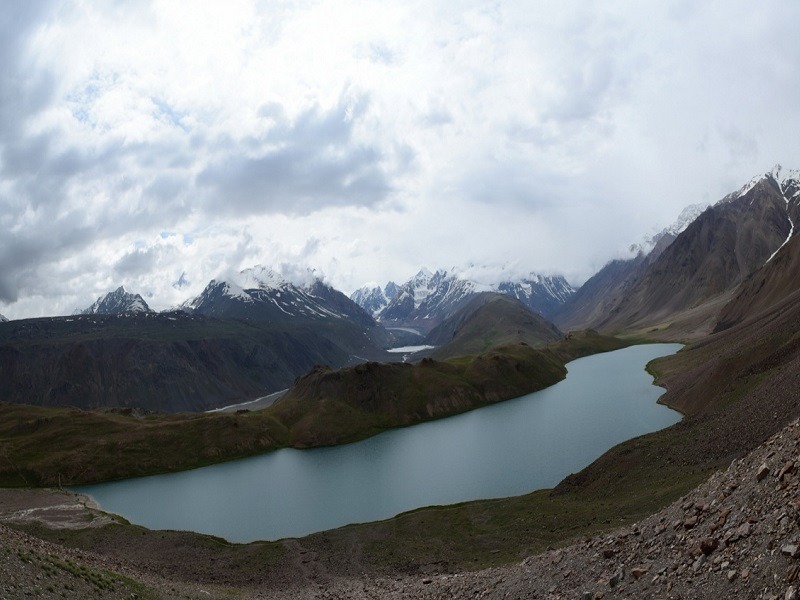 At a distance of 16 km from Batal, and 127 km from Manali, Chandra Taal, or Chandra Tal is a lake in the Spiti part of the Lahul and Spiti district of Himachal Pradesh, India. It is one of the high altitude lakes in the Himalayan region and among the popular treks to go as part of Manali Tour Packages.

Perched at an altitude of 4,300 meters, Chandra Tal Lake is on the Samudra Plateau which overlooks Chandra river, a source river of the Chenab. Chandratal, which means the Lake of Moon, is derived its name from its crescent shape. The source which feeds the lake is probably under the ground, as there is nothing visible on the surface. The lake encircles a vast meadow that is carpeted with different kinds of wildflowers. It is confined in between the lofty mountains and is one of two high-altitude wetlands of India which have been designated as Ramsar sites. From here, you have a great view of high mountains and the Baralacha glacier, which is the source of three rivers namely Chandra, Bhaga, and Tsarap.

According to legend, this lake is the place from where Lord Indra's chariot picked up Yudhishthira, in his mortal form to Swarga (heaven). As a result, this lake is a revered one and draws a large number of devotees. And, the locals believe that fairies visit the lake at night.

The Chandra Tal Lake Trek is an absolute bliss for amateur trekkers and the best time to hit the tracks is from Mid June to Mid October. The lake is accessible on foot from Batal as well as from Kunzum Pass. There is a 16 km motorable road from Batal which can be accessed after mid-July, as the condition of the road can be dangerous before this period. Even after taking this road, one needs to walk for 2 km from the road head. The trail which begins from Kunzum is truly picturesque and displays panoramic views of Samudra Tapu Glacier and Chandra River. It is 8 km long and takes only 4 hours to complete. It can be finished in 3-4 days.

The best season to embark on the Chandratal Trek is from mid-June to mid-October.