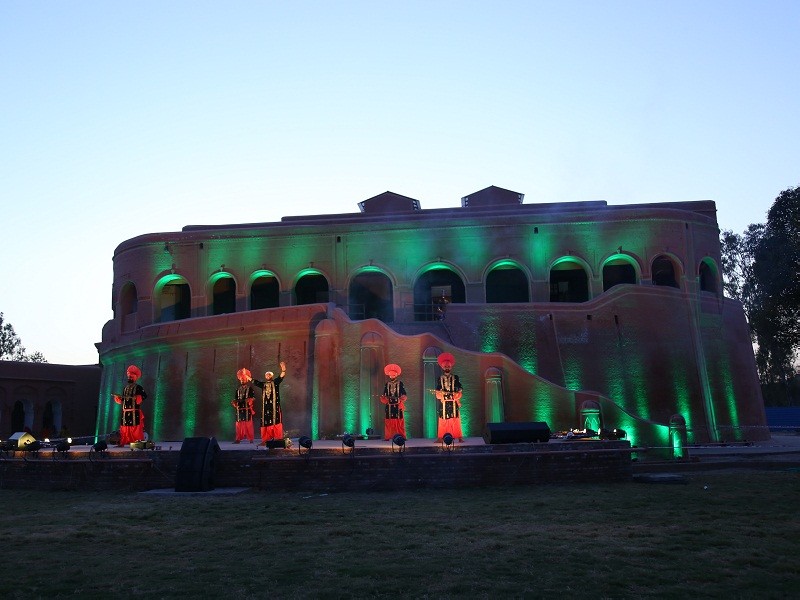 At a distance of 1.5 km from Amritsar Junction and 2 km from Harmandir Sahib, Gobindgarh Fort is a historical fort located in the city of Amritsar, Punjab. Initially known as 'Bhangian Da Qila', Gobindgarh Fort is one of the famous places to visit in Amritsar.

Gobindgarh Fort was built by the army of Gujjar Singh Bhangi of Sikh Misls in 1760 CE. This fort was reconstructed by Maharaja Ranjit Singh between 1805 and 1809 CE. The British authorities occupied it in 1849 CE and it was in the army's possession for nearly 150 years. The Darbar Hall, Hawa Mahal and the Phansi Ghar were added to the fort during British rule only. After the Indian Independence, Indian army took control over the fort and was used to provide temporary shelter to a large number of refugees from Pakistan during India-Pakistan partition.

Gobindgarh Fort was constructed with brick and lime on a square pattern with a parameter of 1500 square meter with two strong gates, four large bastions and well-defined rampart. The magnificent main entrance is called Nalwa Gate and the other gate known as Keelar Gate is said to have a connected with the tunnel of Lahore, which is used to escape from the enemies. There were 25 cannons on the ramparts and they are now replaced with modern weaponry. The Toshakhana, which once stored the coveted Kohinoor diamond, is now a coin museum for old and rare coins including a replica of the Kohinoor as it was worn by the Maharaja.

The Fort is now open to the public from 10th February 2017. There is a Light and Show after every half an hour post sunset.