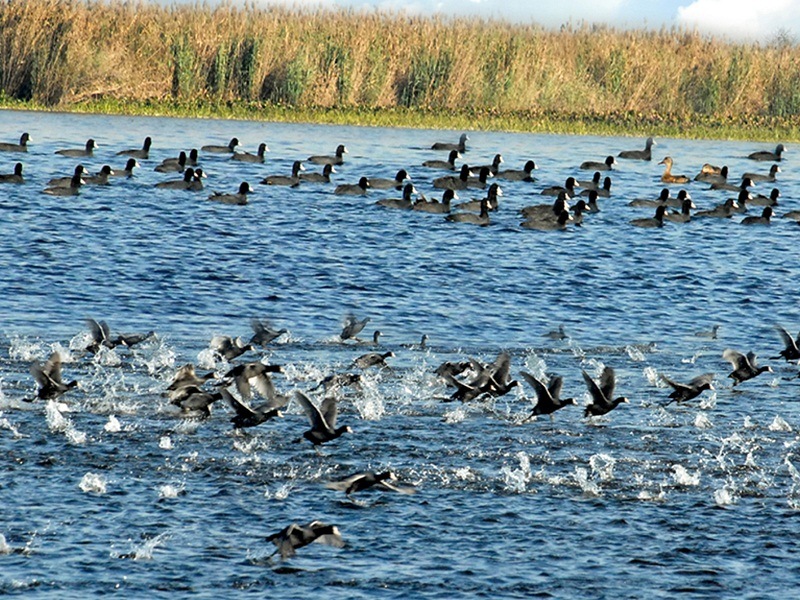 At a distance of 60 km from Amritsar Junction, Harike is one of the largest man-made wetlands of northern India, located in Tarn Taran district of Punjab. Also known as Hari-ke-pattan, Harike Wetland is a famous destination for bird watchers and also one of the best places to visit near Amritsar.

Harike Wetland came into existence in 1953 after the construction of barrage near the confluence of rivers Sutlej and Beas. The popular Harike Lake lies deep within the park. It occupies an area of 4100 hectares and spreads into three districts of Punjab namely Amritsar, Ferozpur and Kapurthala. It is also a water source for the Indira Gandhi Canal, situated in Rajasthan. The area was declared as a sanctuary in 1982 and was declared a Ramsar site by the International Body of Wetlands under the UNDP in 1990.

The sanctuary is a bird watchers paradise and attracts thousands of migratory birds during winter. Around 375 bird species have been recorded in the sanctuary. The lake is particularly famous for diving ducks, such as the crested pochard, common pochard and tufted ducks which occur in very large numbers. Harike also harbours endangered aquatic mammalian as well as reptilian fauna like Indus river dolphin, smooth-coated otter and seven species of rare freshwater turtles. The mammals found at Harike include the smooth Indian otter, the jungle cat, jackal, Indian wild boar and the common mongoose.

For tourists there is only one main entry point into Harike Wetlands. This is from the Nanaksar Gurudwara across the barrage at the southern end on the Ferozpur side of Harike. While entry to the sanctuary is free, an entry permit is required from the Range Officer (Wildlife), Harike.

The best time to visit the Harike Wildlife Sanctuary is during the winter months. This is when the area is visited by several migratory birds and the weather is also enjoyable.