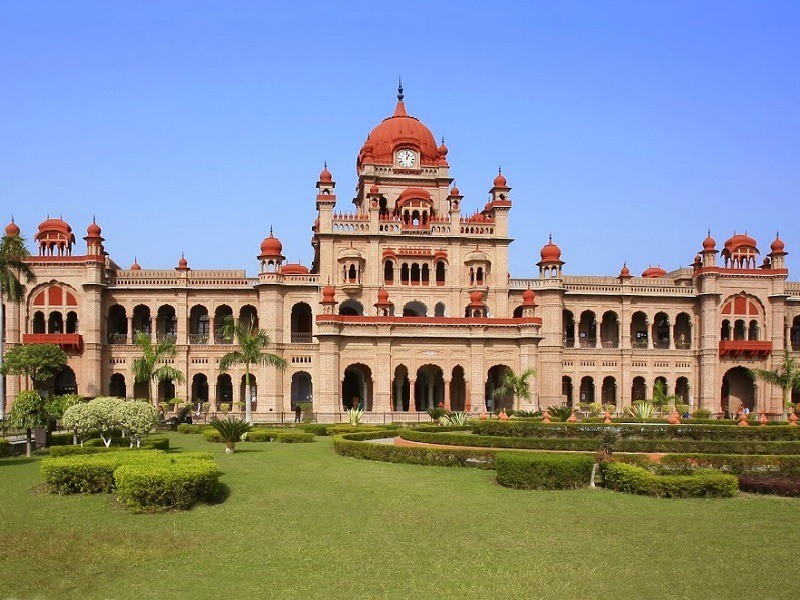 Travel Tips: Visitor can't enter the academic and administrative wings of the college, but exploring the campus is okay.

At a distance of 4 km from Amritsar Junction, Khalsa College is an historic educational institution located on the Amritsar-Lahore highway adjoining Guru Nanak Dev University campus in Amritsar. It is one of the ancient and top colleges of education in India and also one of the popular attractions in Amritsar.

Khalsa College was established by the leaders of the Singh Sabha Movement in 1892 AD. It was built as an educational institute during the British Raj in India when Sikh scholars thought about providing higher education to Sikhs and Punjabis within Punjab. Sprawling over 300 acre campus, Khalsa College has the honour to be recognized by N.C.T.E. and accepted as a Nodal Institution of India.

The main building is a glorious example of the Indo-Saracenic style of architecture, with an imposing domed red-sandstone facade fronted by grassy fields. The college was designed by Bhai Ram Singh, principal of the Mayo School of Arts, Lahore, with the help of engineer Dharam Singh Gharjakhia. Bhai Ram Singh was decorated for his services with the Member of the Victorian Order, the highest civilian award of British India.