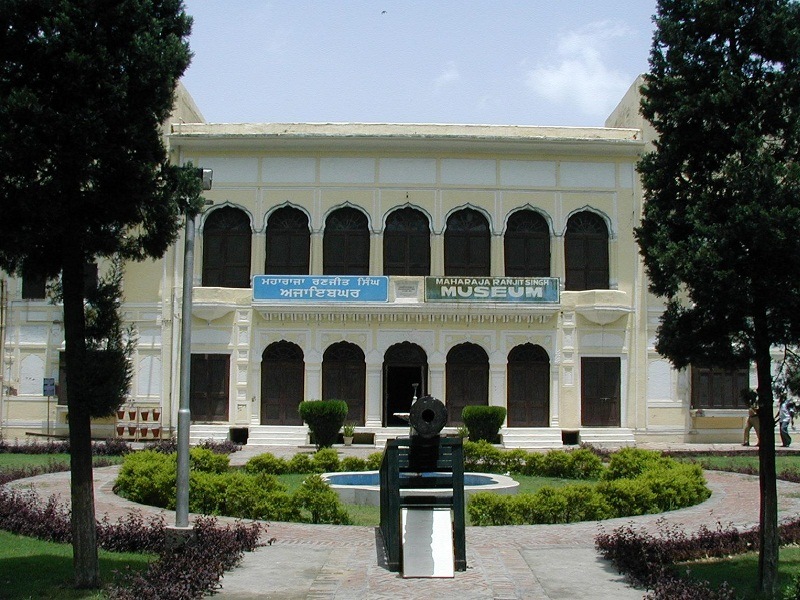 Maharaja Ranjit Singh Museum was originally the summer palace of first king of Sikh Empire, Maharaja Ranjit Singh. Later, it was converted in to museum in 1977 CE. It is a treasure house of the history, art and architecture of the Sikhs of the 18th and the 19th century AD.

The museum offers insights into the life of the Sikh monarch Maharaja Ranjit Singh. The Museum displays objects connecting to Maharaja Ranjit Singh such as arms and armour, outstanding paintings and centuries old coins and manuscripts. The paintings displayed in the galleries of the museum showcase the court and camp of the king. Among all the paintings, one that depicts the city of Lahore is most famous.

Coins and manuscripts displayed at the museum reflect the spirit of secularism in the king and rich history of Sikh province, respectively. The arms and ammunition section of the Museum shows a rich collection of weapons, which were prevalent among the great warriors of that time. Next to this museum stands the beautiful Maharaja Ranjit Singh Panorama, an eternal visual record which encapsulates the life of the Maharaja.

Timings: 10 AM to 5 PM, closed on Mondays and Public Holidays