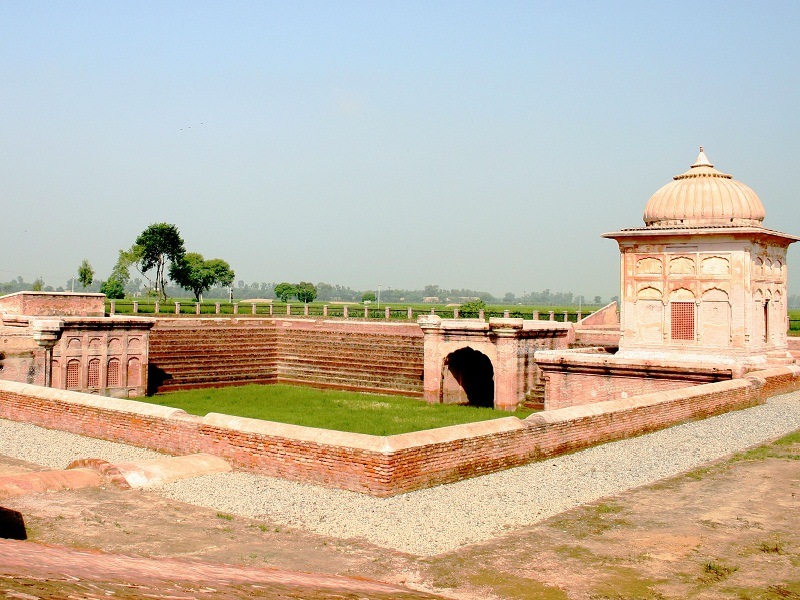 At a distance of 35 km from Amritsar Junction and 5 km from Wagah Border, Pul Kanjari is a historical village situated on Amritsar-Lahore road, near the villages of Daoka and Dhanoa Kalan in Punjab. It is a UNESCO world heritage site and also one of the top heritage places to visit in Amritsar.

Pul Kanjari was built by Maharaja Ranjit Singh, used to take rest while travelling to distant lands with his officials and army. It was one of the important trade centres at that time. The village was named after a pul (bridge) that was built by the king for a dancer Moran who was of Kanjari caste. According to legend, once a dancer named 'Moran' was passing through the pool located in Pul Kanjari to perform at the king's palace. Suddenly her shoe slipped into the pool and she refused to perform until her shoe was retrieved. Hearing the news, Maharaja ordered to construct the bridge on the canal and named as 'Pul Kanjari'.

The place contains a bathing pool, a temple, a Gurudwara and a mosque which were the secular concern of the Maharaja. This historical place has been renovated and being preserved by Ministry of Tourism, Govt. of India and Govt. of Punjab. The village has a monument built in memory of the Jawans who lost their lives in the 1971 war with Pakistan.