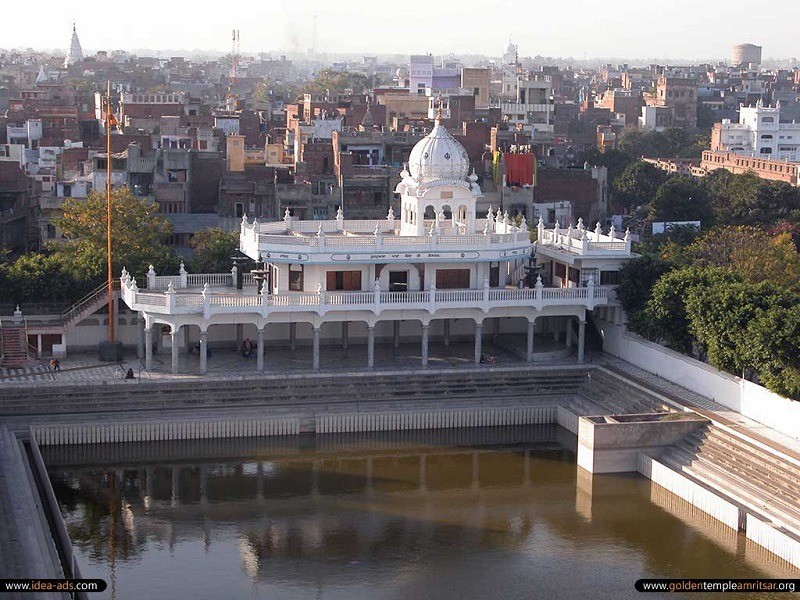 Place Location: On The Back Side Of Harmandir Sahib

At a distance of 2 km from Amritsar Junction, Gurudwara Mata Kaulan or Gurudwara Kaulsar Sahib is a sacred Sikh shrine situated on the back side of Harmandir Sahib or Golden Temple in Amritsar town of Punjab. It is one of the historical gurudwaras in Punjab and also one of the top places to visit in Amritsar.

Gurudwara Mata Kaulan is dedicated to Bibi Kaulan, a spiritual Muslim Lady, daughter of Qazi of Lahore. Her father had pronounced her death, due to her devotion to Sri Guru Hargobind Sahib Ji. Saint Main Mir ji who was living in the same village rescued her and brought her in the protection of Sri Guru Hargobind Sahib Ji. Bibi Kaulan spent her rest of life devoting to service of mankind and meditation. The Samadhi of Mata Kaulan lies at the western end of the Kaulsar Gurdwara.

The sarovar lies next to the Gurudwara Mata Kaulan is known as Kaulsar Sahib or Kaulsar Sarovar. Kaulsar is one of the five holy tanks in the holy city of Amritsar and was got excavated on the orders of Guru Hargobind Sahib. The excavation of Kaulsar Sarovar was started in 1624 CE and was completed in 1627 CE under the supervision of Baba Buddha ji, first head granthi of the Golden Temple. Guru Sahib has directed all devotees to take a dip in Kaulsar sahib sarovar before going to Golden Temple.