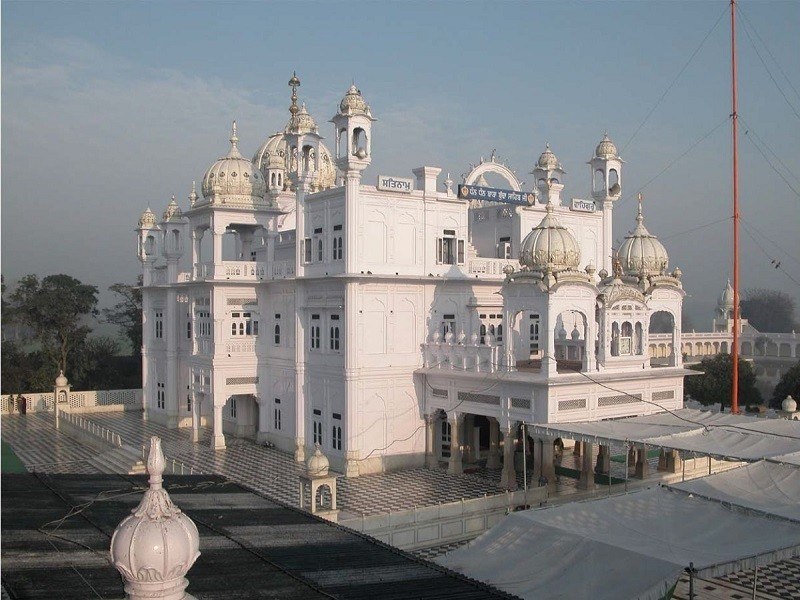 At a distance of 20 km from Amritsar Junction, Gurdwara Beerh Baba Buddha Sahib is situated on Chabaal - Amritsar road near Chabaal Khalan village in Amritsar district of Punjab, India.

Gurdwara Bir Baba Budha Sahib popularly known as Bir Sahib is the place where Baba Budha Ji spent much part of his life (1506 - 1631). This is also the place where Guru Arjan Dev Ji and his wife Mata Ganga were blessed with the son, Sri Hargobind Sahib. According to the legend, Baba Buddha used to live here in the jungle outside Amritsar. Being without a child for many years Guru Arjan Dev's wife Ganga Devi became anxious. Ganga Devi went to seek the blessings of Baba Buddha. She presented Baba Buddha with many delicacies to eat but Baba refused to take the food. Later Mata Ji herself prepared missi roti and an onion and visited Baba. Baba blessed Mata Ji with a son Guru Hargobind Singh Ji.

The present complex of the gurudwara was built by Baba Kharak Singh, a follower of Sant Gurmukh Singh Sevavale. In 1951 and 1975 AD, a rectangular hall and a spacious divan hall were added to it. Inside the gurudwara, the holy book of Sikhs, Guru Granth Sahib is kept on a canopied seat made of white marble. The 70 square meter Amrit Sarovar is on the northern side of this hall. While digging the sarovar, Baba ji was the coordinator of the volunteers and he sat on the border of the Sarovar under the shade of a Jujubee tree to perform his duty, which still stands alive. This gurudwara is managed by Shiromani Gurudwara Parbandhak Committee.

Near the Gurdwara in a separate compound, there is a two storied residential block and Guru Ka Langar with a large dining hall that is specially constructed for pilgrims.