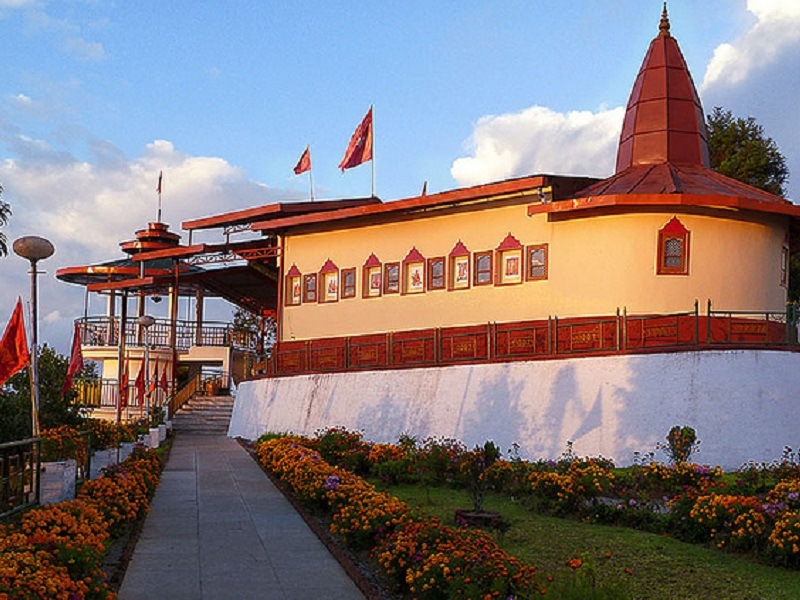 At a distance of 9 km from Gangtok SNT Bus Station, Hanuman Tok is a Hindu temple located atop a hill in Gangtok, the capital of the Indian state of Sikkim. Situated off from the Gangtok-Nathula Highway, it is one of the religious places to visit in Gangtok and among the top places of Pilgrimage in Sikkim.

Situated at an altitude of 7200 feet, the temple is dedicated to lord Hanuman, god of good health and strength. According to the legend, Lord Hanuman rested at this place while carrying Sanjeevani Parvat from the Himalayas to save Rama's brother Lakshmana. The idol of Lord Hanuman was erected here in 1950 when an officer named Appaji Pant had a divine dream at this location. Now, the temple was maintained and preserved by the Units of 17 Mountain Division of the Army.

The temple is divided into three sections- the main temple, old temple and the circular temple. A hint of Tibetan style of architecture is witnessed here. The main temple has a long hall which is painted in yellow and red. There are several pictures depicting the life of Lord Hanuman in the hall. There are also small statues of Hindu gods and goddesses in the temple. The temple is believed to be wish-fulfilling, and in this belief, it is visited by the locals as well as the tourist pilgrims in large numbers.

This place offers the splendid 360-degree view of the mountains and the valleys especially mount Kanchenjunga, the third highest mountain in the world. There is also a small Saibaba Temple near the temple of Lord Hanuman. While here, one can also see several stupas and chortens. Close to the temple, the royal cremation grounds called Lukshyama are located, where the mortal remains of the members of the former Namgyal dynasty of Sikkim.

Visitors have to climb stairs from the parking lot to reach the temple. Benches are placed on the way so that one can take in the beauty of the hills midway.