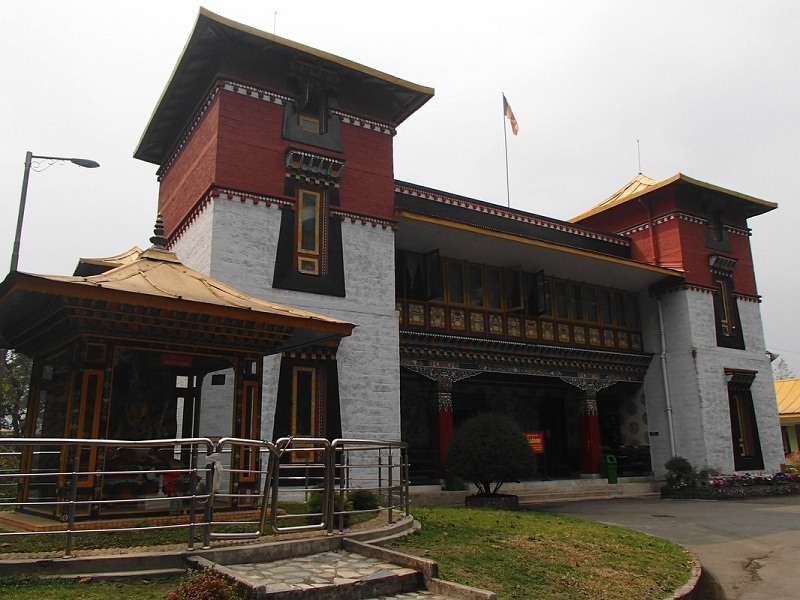 At a distance of 3 km from Gangtok SNT Bus Station, Namgyal Institute of Tibetology is a Tibetan institute & museum located in Deorali area of Gangtok. Situated near Do Drul Chorten Stupa, it is one of the must visit places in Gangtok.

Namgyal Institute of Tibetology is an important Tibetan institute that promotes and carries on researches in the field of Tibetan language, art, religion and its culture. The foundation stone was laid by 14th Dalai Lama in 1957 and inaugurated by Late Prime Minister Jawaharlal Nehru in 1958. The land of the institute was donated by the late King of Sikkim Tashi Namgyal and hence the name Namgyal Institute of Tibetology.

The institute building boasts of traditional Tibetan architecture and remains as one of the finest traditional Tibetan designs in the world. It rises majestically with its tall golden towers, attractive murals and colourful frescos amidst the breathtaking natural scenery. It also has a museum, a library with rich collections and also a reference center about Tibet and Himalayas in general.

The museum is located in the ground floor and has many rare collections of statues, coins, thangkas, Tibetan art work & objects, and ancient manuscripts in Sanskrit, Tibetan, Chinese and Lepcha. However the most prominent of all is the grand and majestic image of Manjushri which was brought all the way from Tibet. The library is located in the first floor of the building and holds one of the largest collections of Tibetan documents and literatures in the world. It has over 60,000 volumes that includes translation of original teachings of Lord Buddha, thesis and articles from imminent Buddhist scholars from all over the world, and xylographs. There is also a bronze statue of the last king of Sikkim, Chogyal Palden Thondup Namgyal next to the institute main premises.

Just opposite to the Institute premises is a nice Gift & souvenir shop known as Asta Mangala Art where visitors can buy many nice and intricate items including German silverware, typical Sikkimese clothing for women etc. Adjacent to the gift shop is a cafe where visitors will get coffee, cappuccino, pastries, patties and even ice creams.