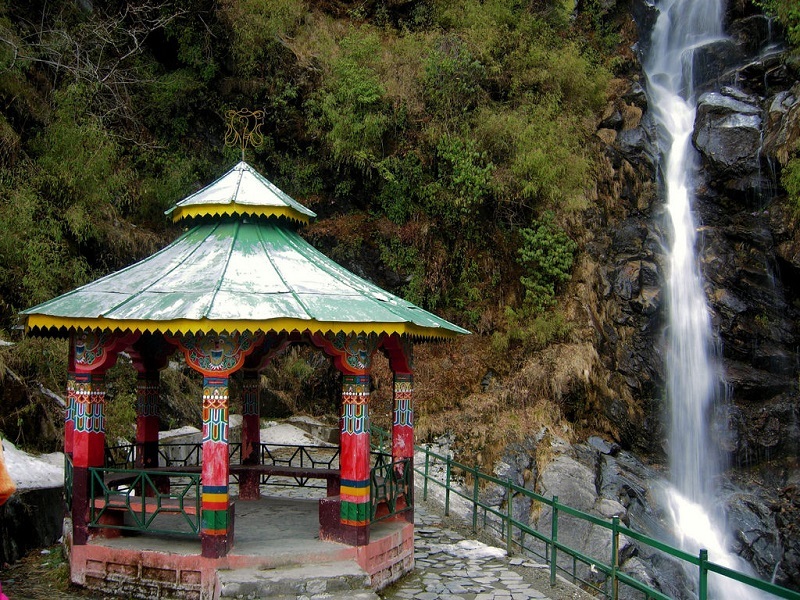 Place Location: On The Way To Tsongmo Lake

At a distance of 31 km of Gangtok, Kyongnosla Alpine Sanctuary is a wildlife sanctuary situated around the area adjoining the Tsomgo Lake in Gangtok. Along the Nathula Road, it is one of the best places to experience Gangtok Tourism.

Established in 1977, the sanctuary covers an area of 31 sq. km. The sanctuary extends from the 15 mile police check post up to the ridges bordering the famous Rong Chu and Tsomgo Lakes. Situated at an altitude ranging from 3,292 m to 4,116 m, the sanctuary boasts a wide variety of flora and fauna. The sanctuary is also the perfect place for trekking tours. The views of Khangchendzonga peak are awesome from the sanctuary. Since it is situated close to India-China border at Nathu La, the place is well conserved by the Indian Army.

The sanctuary is very rich in natural vegetation which comprises of various rare species of plants and trees that are hard to find somewhere else. Some of the common species of vegetation seen here are tall juniper, rhododendron, silver fir, orchid, primulas, gentians, wild strawberries, rare panax, irises etc. The sanctuary also has various species of medicinal plants like Nilo Bikh, Kutki, Jatamasi, etc. The lower altitudes are dense with bamboos, which is home to red Panda and other wild animals.

Besides flora, the sanctuary houses plenty of animals. Some of the species of animals that are found in this sanctuary include Serow, Musk Deer, Goral, Himalayan Black Bear, Blood Pheasant, Leopard, Lesser Cats and Himalayan Marmot. In addition, the sanctuary has various birds that include both residential as well as migratory birds. Monal Pheasant, Laughing Thrushes, Satyr, Snow Partridges, Rebilled Choughs, Redstarts, Rose Finches, Tragopan, Kestrel, Fire tailed Sunbirds and Fork tails are the commonly seen bird species here.

Kyongnosla Alpine Sanctuary is also a home to Kyongnosla Waterfall. Popularly known as Amitabh Bachchan falls by the locals, it is a seasonal waterfall and is a perfect place to spend some time amidst nature.

The months between April to August and from October to November are recommended to visit the Sanctuary as the area remains under a blanket of snow from December till May. By July, primulas and rhododendrons come into full bloom making the place a sheer delight.