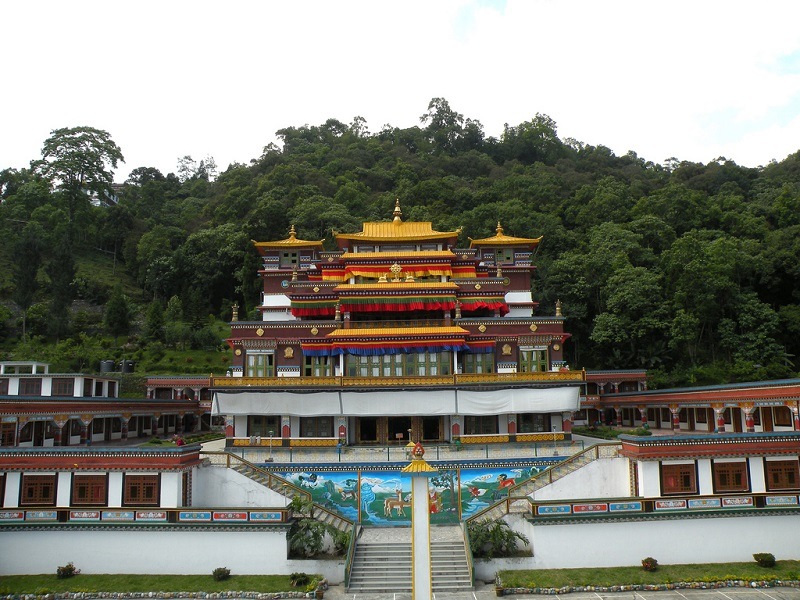 At a distance of 8 km from Banjhakri Falls and 16 km from Gangtok, Ranka Monastery is a Buddhist monastery situated at Ranka near Gangtok, the capital city of Sikkim. Also known as Lingdum Monastery, it is one of the most popular monasteries in Sikkim and among the must visit places in Gangtok.

Built in 1998 CE, the Ranka Monastery is the seat of Zurmang Charwang Rinpoche. The present Rinpoche is the 12th successive incarnation of this lineage. It is interesting to note that the monastery is mainly run by young monks. Since it is relatively quite a new monastery and does not provide a lot of historical or strategic significance such as Rumtek Monastery. However, the beauty of the monastery has attracted a lot of film makers.

Built in the typical form of Tibetan architecture, the monastery is spread out in a vast area with great scenic views. A huge gold plated Buddha statue sits in the lotus position inside the sanctum. There are low tables lying in rows inside the sanctum where the lamas read their prayer books. The monastery is known for beautiful paintings and wall hanging inside the inner sanctum. There is a 2-storey building along the periphery of the courtyard that has several classrooms where the young lamas undergo training.

Bordered by beautiful forested mountains on all sides, Ranka makes one of the most pictorial monasteries in east Sikkim. Mesmerizing views of the sun setting behind the Kanchenjunga range is an added attraction that can be enjoyed from the monastery. Open to all, regardless of their religion, tourists can happily explore the entire perimeter of the monastery.