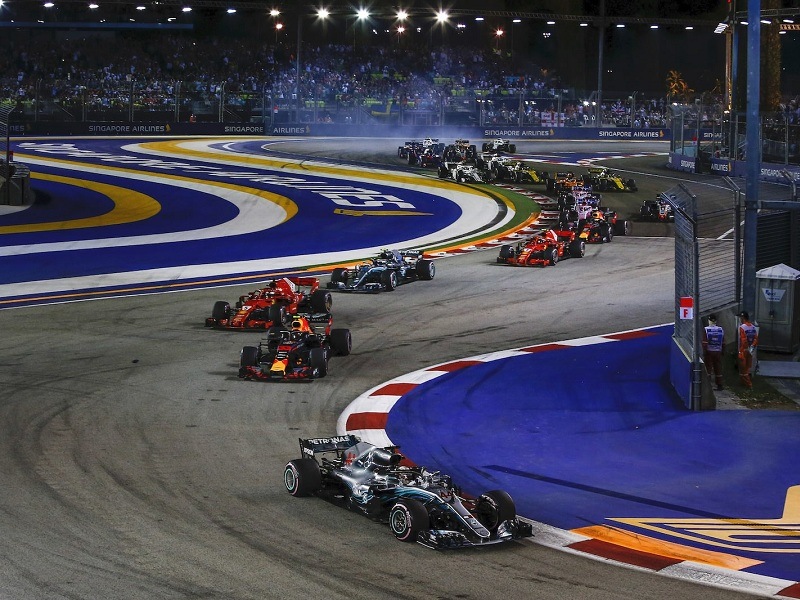 At a distance of 1 km from Merlion Park, 1 km from Marina Bay Sands, 3 km from Tanjong Pagar MRT Station, and 19 km from Changi Airport, the Singapore Grand Prix is an annual night motor race held at Marina Bay Street Circuit. Forms part of the FIA Formula One World Championship, it is the must include one in every adventure junky's Singapore Itinerary.

First organized in 1961, the Singapore Grand Pix was initially known as the Orient Year Grand Prix and was renamed the Malaysian Grand Prix in the following year. The race at the Thomson Road circuit was renamed to the Singapore Grand Prix after Singapore got independence in 1965. Initially held at the Thomson Road Circuit, the event was discontinued after 1973 due to the unsuitability of the track for racing, and fatal accidents during the 1972 and 1973 races. This grand event came back to life as the Formula 1 Grand Prix in 2008 when the Singapore Tourism Board, Singapore GP Pte Ltd, and Bernie Ecclestone, the CEO of the Formula One Management signed a five-year contract. Co-funded by the Government of Singapore, the Formula 1 Grand Prix will certainly be held every year until at least 2021, owing to the extension of the agreement that was signed by the organizers in 2017.

The first race held at the new Marina Bay Street Circuit in 2008 was the 15th round of the 2008 FIA Formula One World Championship, and was also the first night-time event in Formula One history. The race under artificial lights starts at midday GMT (8 pm local time), which is the standard time for European Grands Prix. Spaniard Fernando Alonso driving for the Renault team won the first Formula One edition of the Grand Prix, however, that result has since been tarnished by controversy.

With the soaring futuristic skyline of Singapore as a backdrop, and weaving through the city's streets, the track is one of the season's most demanding, promising an electric atmosphere and an action-packed night race. Twenty-three corners, stifling humidity and an uneven road surface make for a tough experience for even the top drivers. The races are spread over three days from 18th September 2020 to 20th September 2020, with multiple practice sessions and qualifiers. The fabulous entertainment lineup at the Singapore Grand Prix consists of headliners, general stage acts, fairs, carnival games, food and beverage joints, and roving acts that make the Formula 1 Grand Prix Race a great vacation spot for people of all ages.