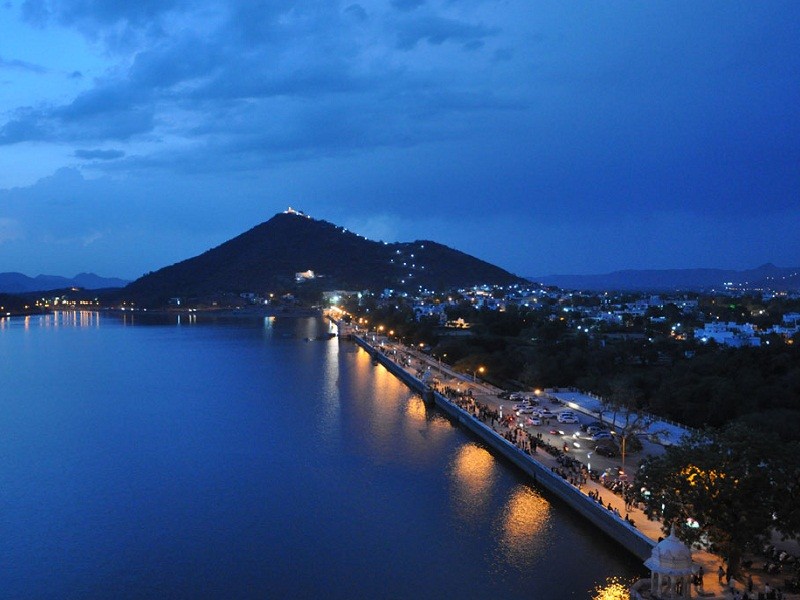 Named after Maharana Fateh Singh, Fateh Sagar Lake was initially constructed by Maharana Jai Singh in 1678 AD. However, after a span of 200 years, the earthen bund, which formed the lake, was washed away during floods. Thereafter, Maharana Fateh Singh built the Connaught Dam on the Lake to mark the visit of Duke of Connaught, son of Queen Victoria in 1888 AD. The dam enlarged the lake and was later renamed as Fateh Sagar Lake.

It is one of the four beautiful lakes in the city, the other three being the Lake Pichola, Udai Sagar Lake, and Dhebar Lake or Jaisamand Lake. Fateh Sagar is 2.4 km length, 1.6 km width and 11.5 meter in depth. During the monsoons, the lake covers the total area of around 1 sq. km. The source of water of the lake is the run-off emerging from surrounding hills. The lake is also fed by three inlet channels, along with an overflow section on the eastern side in the Masonry Dam.

The lake comprises three small islands and is surrounded by scenic views of the mighty Aravalli Mountains. The largest of these is the Nehru Park, which is a popular tourist attraction, the second island houses a public park with an impressive water-jet fountain, and the third island is the address for the Udaipur Solar Observatory (USO). The Nehru Park has been developed rather beautifully and has lush green gardens displayed. There is a mini- zoo here too that houses several animals and birds. The boat shaped restaurant is quite popular with the tourists and locals. The Nehru Park is accessible by inboard motor boats.