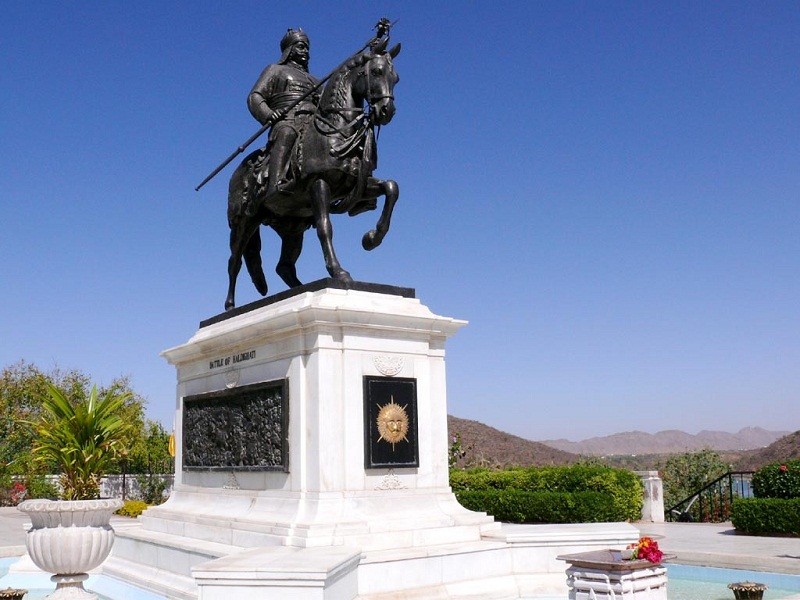 At a distance of 5.5 km from Udaipur City Railway Station and 5 km from City Palace, Maharana Pratap Memorial is situated atop Moti Magri or Pearl Hill on the banks of Fateh Sagar Lake in Udaipur.

Maharana Pratap Memorial and its premises are well maintained so that the tourists can enjoy the picturesque surroundings. The view from the hill-top is awesome. There is a museum showcasing the history of Chittorgarh and Kumbhalgarh including the Haldighati battle. There are also statues of Maharana Pratap's associates-Hakim Khan Sur, Bhamashah, Bhilu Raja, and Jhalaman.

One can also visit the attractive Japanese Rock Garden and the remnants of one of the forts of Udaipur, Moti Mahal, the home of Maharana Pratap's father Maharana Udai Singh. A light and sound show is organized in the evenings here showcasing the thousand odd years of rule of Mewar.