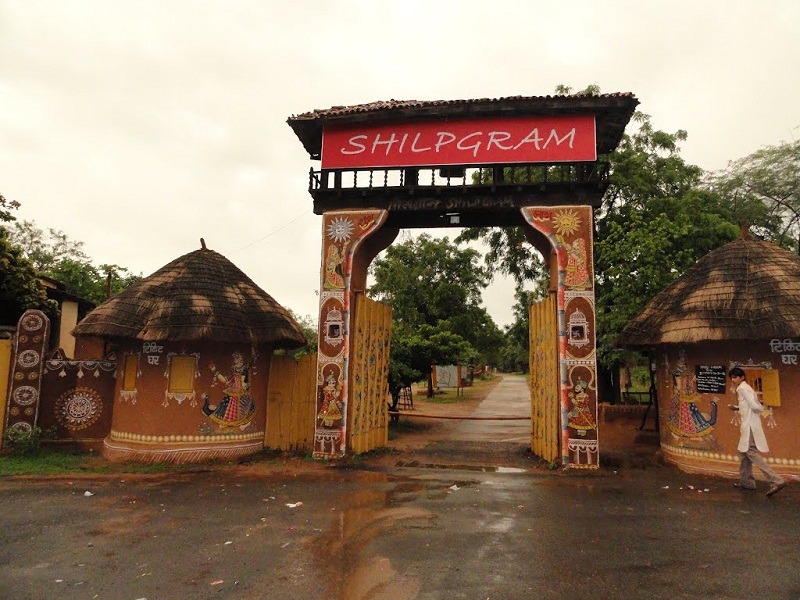 At a distance of 8.5 km from Udaipur City Railway Station and 7 km from Sajjangarh, Shilpgram is a rural arts and crafts complex situated near Havala village in Udaipur city. Also known as The Craft Village or The Artisan's Village, Shilpgram is one of the best places to visit in Udaipur.

Inaugurated by Rajiv Gandhi in 1989, the rural arts and crafts complex is spread over an undulating terrain of 70-acres of land and is surrounded by Aravali mountain range. Shilpgram is an ethnographic museum that depicts the lifestyles of the folk and tribal people of the region. The main purpose of setting up Shilpgram is to increase the knowledge and awareness of the rural arts and crafts for the younger generation. The center witnesses several workshops specially conducted for children who are interested in learning arts, crafts, music and theatre.

The Complex has an open air Amphitheatre with a seating capacity of approximately 8000, used for the major theatre festivals held here and the traditional folk performing arts. Each member state of the West Zone has traditional huts built within the Shilpgram. In these traditional huts, household articles of everyday use, like terracotta, textile, wooden and metal items, decorative objects and implements are featured with appropriate signage. In this integrated pattern are five huts from Rajasthan, seven huts from Gujarat, five from Maharashtra and five from Goa.

Shilpdarshan is a continuing activity at Shilpgram in which traditional performing artists and craftsmen are used to draw from the interior villages of the member states. They are regularly invited to exhibit their skill and to demonstrate their crafts, and sell their works in order to have direct access to the buyers. This program has been initiated with an aim to encourage rural craftsmen and performers.

The Shilpgram Festival is organised every year from 21st December to December 31st. The Shilpgram Fair serves as a destination for hand woven clothes, embroideries, mirror works and handicrafts. Cultural programs during the evening and the local food stalls attract many visitors and locals.