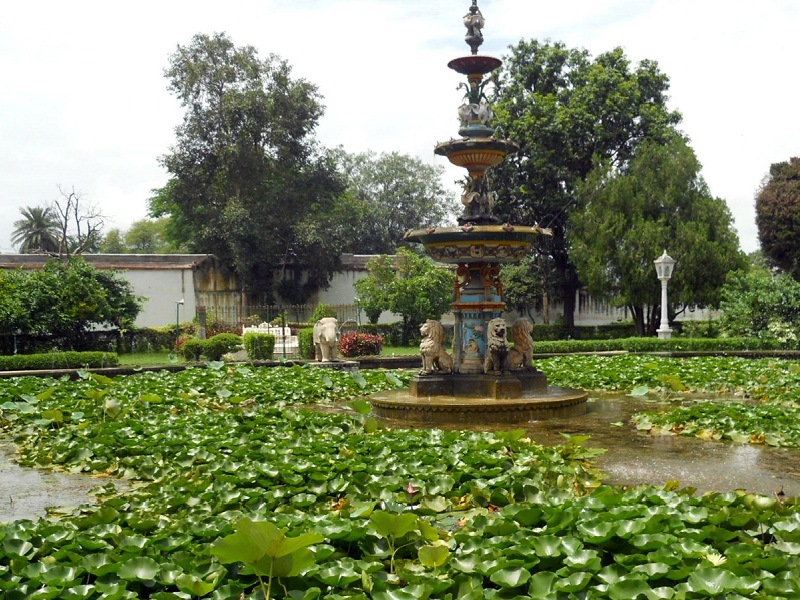 Place Location: On The Banks Of Fateh Sagar Lake

At a distance of 6 km from Udaipur City Railway Station and 6 km from City Palace, Sahelion Ki Bari or Garden of Maidens is a major garden located on the banks of Fateh Sagar Lake in Udaipur.

Sahelion Ki Bari was built by Maharana Sangram Singh in the 18th century. The garden was laid for a group of 48 young women attendants who accompanied a princess to Udaipur as part of her dowry. The king wanted a separate area for them, where they could spend their time leisurely. This patterned garden used to be the popular relaxing spot of the royal ladies. The garden is also known as the 'Garden of the Maids of Honour' for the same reason.

The garden set below the embankment of the Fateh Sagar Lake has beautiful lotus pools, marble pavilions and elephant shaped fountains. These fountains are fed by the water of the lake gushing through ducts made for the purpose. Each water channel has its different sound and the blend of these sounds complement the atmosphere of the place. There is also a small museum which exhibits huge collection of royal households. It has an interesting collection of old pictures besides some oddball exhibits such as stuffed cobras and other animals.

In the later years, Maharana Bhupal Singh built a pavilion of rain fountains. The thought was to form an illusion of rain dancing in cadence with dancing maids. These fountains were imported from England and visitors can trace them along with the main reservoir of the garden. The main reservoir has four black marbled kiosks in its corners and one white marbled kiosk in its center. On the top of kiosks, these fountains are in the form of sculpted birds that spurts water from their beaks producing the rain effect.