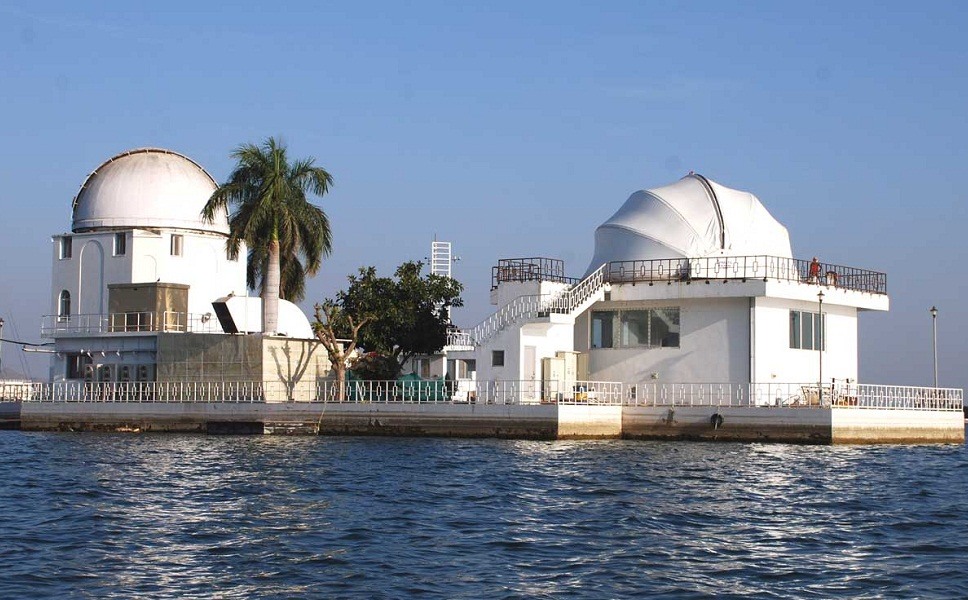 At a distance of 8 km from Udaipur City Railway Station, Udaipur Solar Observatory is located on an island in the Fateh Sagar Lake near Shilpgram in Udaipur.

This is known to be the best solar observing site in Asia and also one of the few observatories in the world situated on land. The sky conditions at Udaipur are quite favourable for solar observations. Since the observatory is situated amidst a large mass of water, air turbulence which occurs due to ground heating by sun's rays is decreased. This improves the image quality and accuracy.

High-resolution equipment for solar chromospheres, magnetic field, velocity and spectral observations are there in the observatory. This equipment permits studies pertaining to solar flares, mass ejections and the evolution of solar active regions. The observatory fills the large longitudinal gap between Australia and Spain, and provides a link for continuous solar coverage in international collaborative programs, including the Global Oscillations Network Group (GONG). The Multi Application Solar Telescope (MAST) was operationalized on June 16, 2015. MAST is an off-axis Gregorian-Coude telescope with a 50 cm aperture to be used to study the Sun's magnetic field.

The Observatory is not open for the Public.