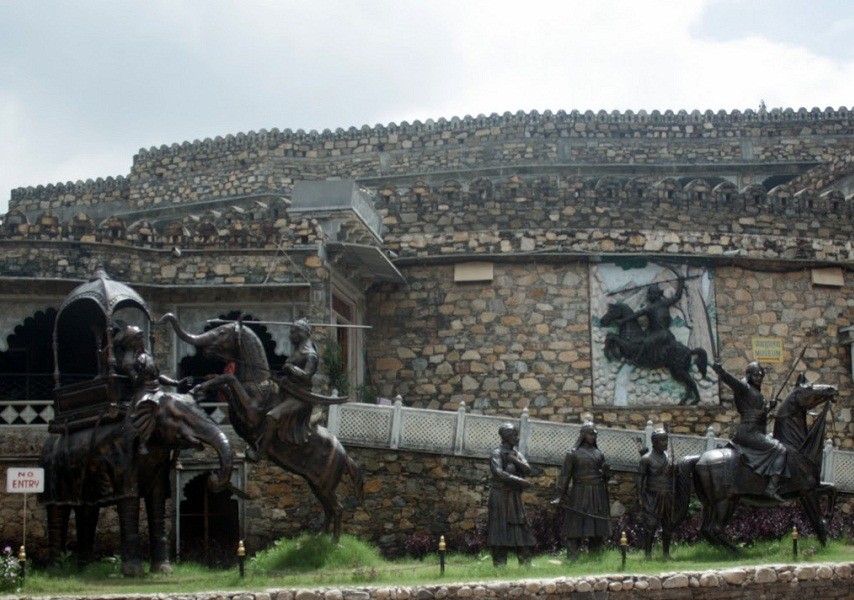 At a distance of 48 km from Udaipur, Haldighati is a historical mountain pass in the Aravalli Range and it connects Rajsamand and Pali districts of Rajasthan.

Haldighati is famously known for the historical battle of Haldighati, which took place in 1576 AD between Maharana Pratap Singh and Man Singh, the general of Mughal emperor Akbar. This battle is considered as one of the most significant events in the history of the Rajputs, and this battle was also one of the shortest battles in Indian history, which lasted for only 4 hours. Today, the Haldighati pass, in which the battle took place, stands as a tourist spot, with great memories of Maharana Pratap Singh and his brave horse Chetak.

The term Haldighati has been derived from the yellow colored soil of the place that gives a sense of turmeric. This place was the battlefield for the legend Maharana Pratap and also the place where his mount, Chetak, breathed his last. Maharana Pratap erected a small monument for his horse at the place where Chetak fell. The cenotaph still exists at Haldighati. The Government of India commissioned the construction of Maharana Pratap National Memorial in the year 1997. The memorial features a bronze statue of the Maharana astride Chetak.

There is a museum named Maharana Pratap Museum which displays many weapons and paintings of the famous battle. This imaginative museum was started in the year 2003. Light and sound shows give a glimpse of the events inside the museum. Balicha Village, located at a short distance from the place, is famous for its terracotta crafts. The presence of 'Chaitri-Gulab' makes Badshahi Bagh famous. Original rose water and 'Gulkand' (jam made from rose petals) that has immense medicinal value are prominent highlights of this garden.

On the birth anniversary of Maharana Pratap Singh ever year, tribute is paid to this great son of Mewar through cultural programs with the participation of tribal groups. The Chetak Horse Festival was established in the year 1992 by Maharaj Narendra Singh with the purpose to preserve, promulgate and promote the Marwari breed of Horses in India and abroad.