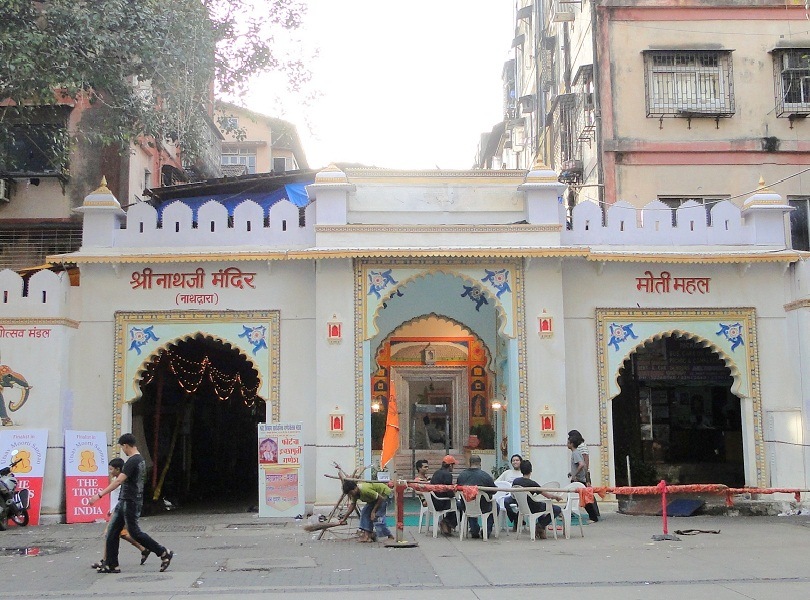 At a distance of 26 km from Eklingji and 48 km from Udaipur, the Shrinathji Temple is a Hindu temple situated on the bank of the Banas River in Nathdwara town of Rajasthan. It is considered the second richest temple in India after the Tirupati Temple of Andhra Pradesh, and also one of the must include places in Udaipur trip.

Shrinathji Temple is dedicated to Lord Krishna and the term 'Nathdwara' suggests the 'gate of the lord'. The temple was built by Goswami priests in 1672 AD. According to the legend, the idol of Lord Krishna was being transported during the late 17th century from Vrindavan to protect from the wrath of Aurangzeb. When the idol reached this spot, the wheels of bullock cart in which the idol was being transported sank deep down in the mud and could not be moved any farther. The accompanying priests realized that the particular place was the Lord's chosen spot and accordingly, a temple was built there under the rule and protection of the then Maharana Raj Singh of Mewar.

Also known as 'Haveli of Shrinathji', Shrinathji Temple is one of prominent places of pilgrimage near Delhi. The temple has been designed in the lines of the temple of Nanda Maharaj in Vrindavan. Therefore, it is also known as Nanda Bhavan or Nandalaya. Structurally, a kalasha on the shikhara marks the top of the temple, on which seven flags are flown along with the Sudarshana Chakra. The seven flags represent the 7 houses of Pushti Marg or Vallabh Sampradaya. The presiding deity idol was beautifully carved out of single black marble. Shrinathji idol is in the form of Lord Krishna lifting the Govardhan hill with his left hand and his right hand resting on his waist. Images of two cows, a snake, a lion, two peacocks, and a parrot by the god's head are imprinted on the idol.

Among the prominent places to visit near Udaipur, Srinathji Temple is a huge temple complex divided into many sections, like the main shrine, food, Prasad, Priests' lodges, and stitching department, where tailors stitch marvelous dresses of Shrinathji. The temple authorities possess approximately 500 cows. Devotees throng to the shrine in large numbers during occasions of Janmashtami and other festivals, like Holi and Diwali. The deity is treated as a living image, and is attended to with daily normal functions, like bathing, dressing, meals called bhog, and the resting times in regular intervals.