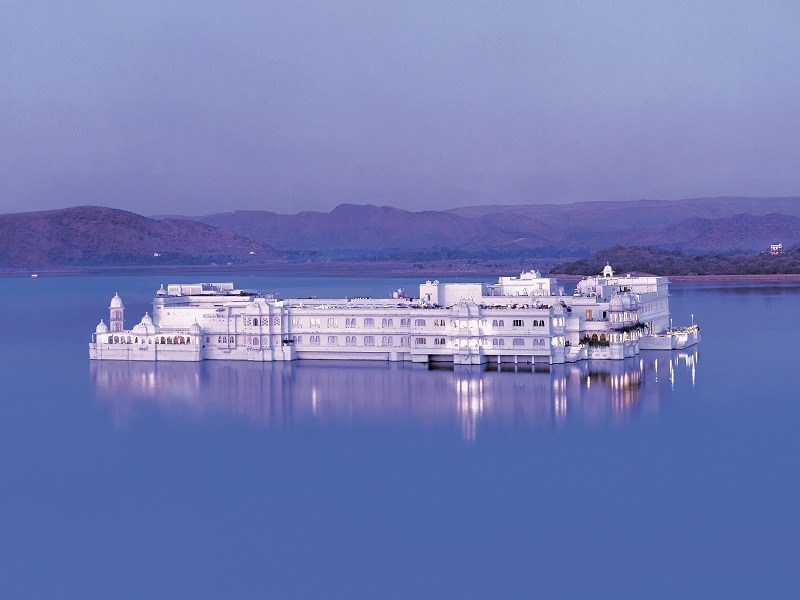 The Lake Palace was built between 1743 and 1746 AD as a pleasure palace by Maharana Jagat Singh II, the 62nd ruler of the Mewar dynasty. Sprawling over an area of 4 acres, the palace was constructed facing east, allowing its inhabitants to pray to Surya, the Hindu sun god, at the crack of dawn. In the later years, the Palace was used as the summer resort by the descendants of Jagat Singh.

Lake Palace has a series of courtyards that are aligned with numerous columns, terraces, beautiful fountains and well laid gardens. The walls made of black and white marbles are adorned by semi-precious stones and ornamented niches. Lake Palace also comprises several rooms by the name of Bada Mahal, Khush Mahal, Ajjan Niwas, Phool Mahal and Dhola Mahal that add to the beauty of graceful palace. These exotic rooms are decked with carved arches, paintings, crystal work, stained glass work, inland stones of pink and green lotus leaves.

Previously called as Jag Niwas, the Lake Palace is today the majestic and magnificent Taj Lake Palace of Udaipur. It is famous for its effortless fusion of 250-year-old world charm and modern amenities and facilities enable the pursuit of leisure. This heritage hotel has 66 luxurious rooms and 17 grand suites. Taj Lake Palace is one of the most recognizable residences in the world, since it has been featured in many films and TV serials, most notably, Octopussy and The Jewel in The Crown. Its location on an island in the midst of a lake affords every room breathtaking views of the neighbouring City Palace, Aravalli Hills, and Jag Mandir. The Lake Palace is the ideal venue for fairytale weddings and magical honeymoons.

A speed Boat serves to the clients, carrying from Bansi Ghat or City Palace Jetty to the Hotel. Visitors are not allowed to visit the Lake Palace without a hotel reservation. One may need to talk to the manager & he may allow visiting the property & partaking of lunch or dinners in off season.