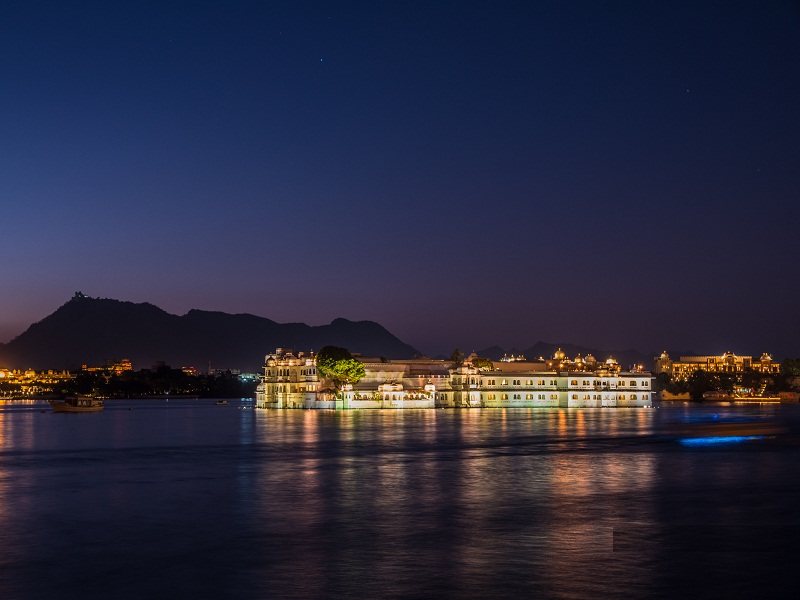 At a distance of 2.5 km from Udaipur City Railway Station, Pichola Lake is an artificial fresh water lake situated in the heart of Udaipur city in Rajasthan. Surrounded by hills, gardens, temples and havelis, Lake Pichola is one of the most beautiful lakes in India and a popular tourist attraction in Udaipur.

Pichola Lake was built in 1362 AD by Pichhu Banjara, a gypsy Banjara tribesman who transported grain, during the reign of Maharana Lakha. Later, Maharana Udai Singh, impressed by the charm of this lake with the backdrop of green hills, founded the city of Udaipur on the banks of the lake and also enlarged the lake by constructing a stone masonry dam in the Badi Pol region.

Lake Pichola is one of the several contiguous lakes, developed over the last few centuries in and around Udaipur city. Named after nearby Picholi village, Pichola Lake is nearly 4 km long and 3 km wide. The lake has a surface area of about 696 hectares and the depth varying from a minimum of 4.32 m to a maximum of 8.5 m.

Lake Pichola has two main islands, Jag Niwas & Jag Mandir. The lake surroundings and the islands within the lake have been developed over the centuries, with palaces, marble temples, family mansions, bathing ghats and chabutaras. Some of the famous ones are the Lake Palace in the middle of the lake also called the Pichola Palace or Jag Niwas on Jag Niwas Island, the Jag Mandir, the Mohan Mandir, the City Palace of Udaipur, the Arsi Vilas Island, which is a sanctuary for birds and the Sitamata Game Sanctuary on the western shore of the Lake. At several locations where the lake narrows, ornamental arch bridges have been built to span the waterway between the banks.

The beauty of the lake, the picturesque images of the monuments and the lush green surroundings make this place a top place to visit in Udaipur. The Lake offers mesmerizing sunrise and sunset views from Lal Ghat, Gangaur Ghat and Hanuman Ghat. It also offers excellent opportunity for boat riding. One can take a boat from the City Palace jetty on Bansi Ghat. The longer boat ride includes a 20-min halt at Jag Mandir Island.