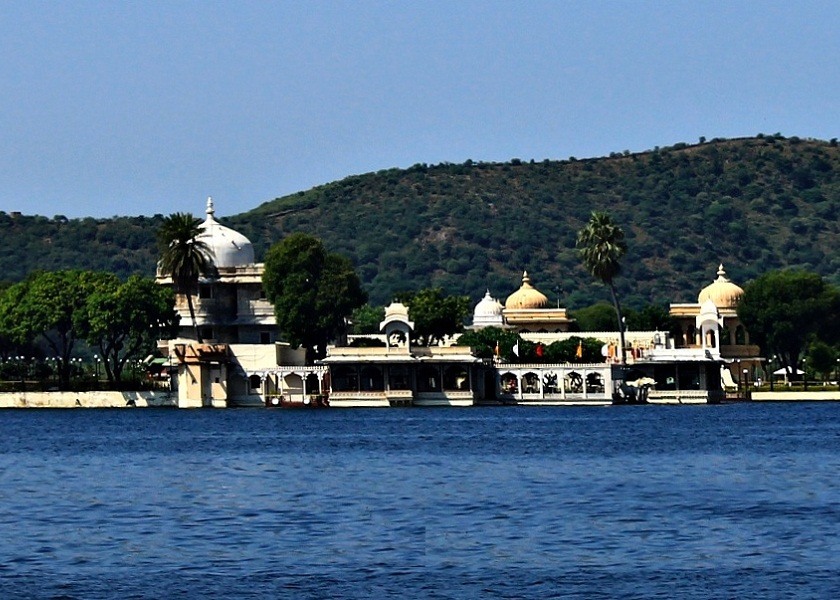 Place Location: On The Southern Island Of Lake Pichola

At a distance of 3.5 km from Udaipur City Railway Station, Jag Mandir Palace is a beautiful palace located on the southern island of Lake Pichola in Udaipur. This is among the popular tourist places in Udaipur and also one of the famous wedding places in Udaipur.

During the revolt in 1857, Maharana Swroop Singh (1842-1861) saved a number of European families, mostly women and children from Neemuch, which were given refuge in the Jag Mandir Palace. The revolt was popularly known as the Sepoy Mutiny, and was also called the Indian Mutiny (or the first War of Independence) against the British Raj.

The three-storied Palace is a palatial structure made in yellow sandstone and marble. Jag Mandir Palace has some fascinating and marvelous carvings such as a row of the elephants look as guards of the Palace. Some of the most notable architectural buildings inside the Jag Mandir Palace are Gul Mahal, Garden Courtyard, Darikhana, Bara Patharon ka Mahal, Zenana Mahal, and Kunwar Pada ka Mahal. Jag Mandir houses a small museum which is an attraction for all the historians.

Now it is converted to a luxurious heritage hotel by HRH Hotel Groups and is one of the most stunning heritage hotels in India which is famous all around the world. The Darikhana restaurant is an exclusive venue for stylish dining. It is a colonnaded restaurant, specially air-conditioned for guests, and offers a select international cuisine. A varied a la carte menu is offered for evening dining. The specially prepared four-course dinner, is highly recommended.

The Jag Mandir is approached only by boat from the Bansi Ghat jetty next to the City Palace in Udaipur. Visitors can visit the palace & have dinner there. It's better to book the dinner in advance. Tickets to this island can be bought at the entrance gate of the Udaipur City Palace.