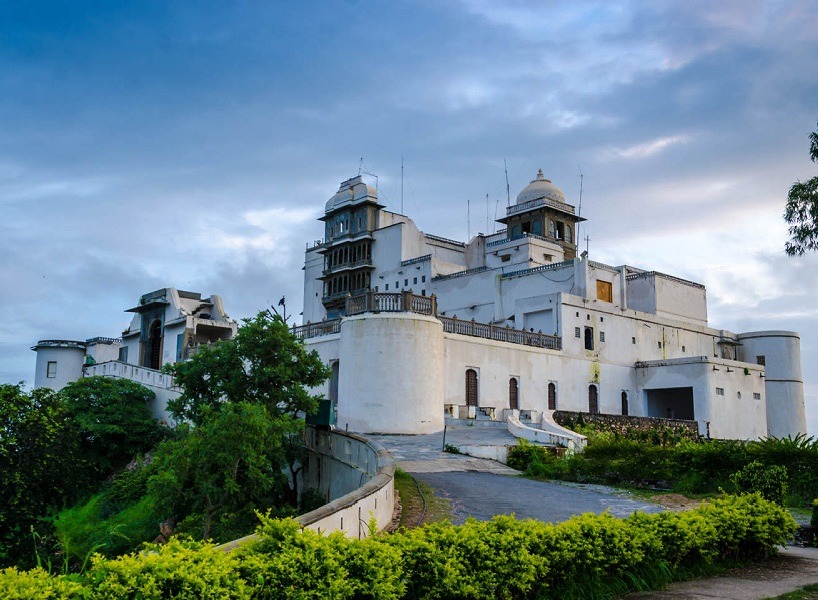 At a distance of 12 km from Udaipur City Railway Station and 10 km from City Palace, the Monsoon Palace, formerly known as the Sajjangarh Palace, is a hilltop royal palace overlooking the Fateh Sagar and Pichola Lakes in the city of Udaipur.

The Palace is named Sajjangarh after Maharana Sajjan Singh (1874-1884) of the Mewar Dynasty, who built it in 1884 AD. He was the 72nd ruler of the Mewar Dynasty. The Place reflects the rich cultural and history of Mewar Kingdom. It was built primarily to watch the monsoon clouds; hence, it is popularly known as Monsoon Palace.

The palace, built with white marble, is located on Bansdara peak of the Aravalli hill range at an altitude of 944 m (3100 feet). The intention of Maharana Sajjan Singh was to build a nine storey complex, basically as an astronomical center and to keep track of the movement of monsoon clouds in the area surrounding the palace, and also to provide employment to people. It was also meant to serve as a resort for the royal family. Owing to his untimely death, the construction of the palace was completed by his successor Maharana Fateh Singh, who used it to watch the monsoon clouds. The Royal family also used this building as a hunting lodge.

The white marble palace has high turrets and guards regulating each of the towers. The palace has a grand central court with a staircase and many rooms and quarters. The palace is built on marble pillars, which are carved with exquisite motifs of leaves and flowers. The walls are plastered with lime mortar. The ground floor is converted into a museum, with a collection of pictures, paintings and maps. A unique water harvesting structure to collect rainwater in an underground cistern, with a storage capacity of 195,500 liters, exists in the precincts of the palace. In spite of this, the water supply was found to be inadequate and the palace was therefore abandoned.

The palace offers spectacular views of Udaipur city and its stunning lakes, mountains and palaces. High in the Aravalli Hills, just outside Udaipur, the Palace also provides a beautiful view of the sunset. Visitors can also visit the Sajjangarh Wildlife Sanctuary, which encircles the palace. Previously owned by the Mewar royal family, it is now under the control of the Forest Department of Rajasthan and has recently been opened to the public.

One can hire an auto-rickshaw or a taxi from the city to reach the Monsoon Palace.