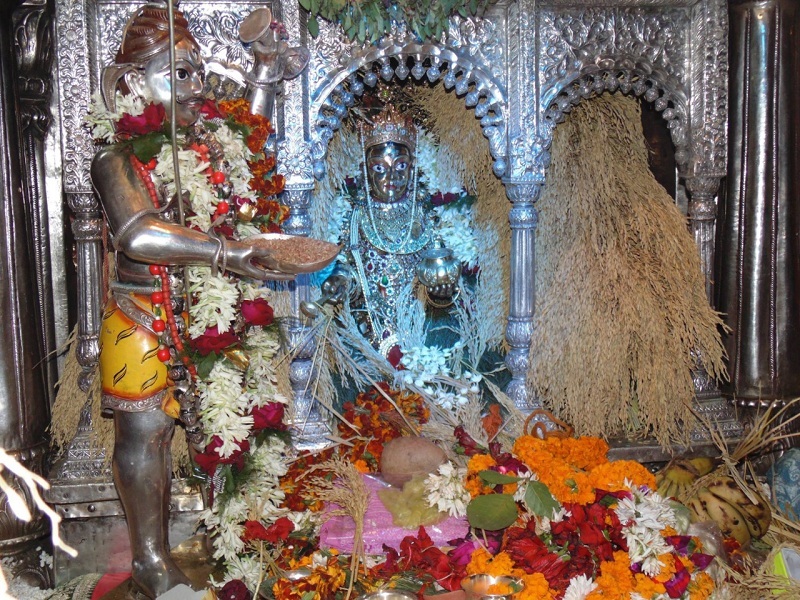 At a distance of 5 km from Varanasi Junction, Annapurna Devi Mandir is a popular Hindu temple situated near Kashi Vishwanath Temple in Vishwanath Galli area of Varanasi, Uttar Pradesh. Having great religious importance in Hinduism, it is one of the popular places to visit in Varanasi.

The temple was constructed by Maratha Peshwa Baji Rao in 1729 AD. Having great religious importance in Hinduism, the temple is dedicated to Goddess Annapurna Devi, the Goddess of Food or the Goddess of Nourishment. It is believed that Goddess Parvati gave Alms to Shiva, and she is depicted with a bowl in one hand and ladle in the other, serving food to Shiva, standing in front of her with his begging bowl in the hand. Mata Annapurna is the Goddess of Varanasi who always protects Kashi and feeding her devotees.

Annapurna Devi Mandir is constructed in Nagara style architecture. The sanctum of the temple houses two idols of Goddess Annapurna Devi; one made of gold and other of brass. The brass idol is available for daily darshan whereas darshan of the gold idol can only be done once a year on Annakut day. Annakut festival is celebrated every year after Diwali. On this occasion coins are distributed to all the devotees. It is considered that whoever will worship this coin, they will be blessed by Annapurna Mata for their successful and prosperous life.