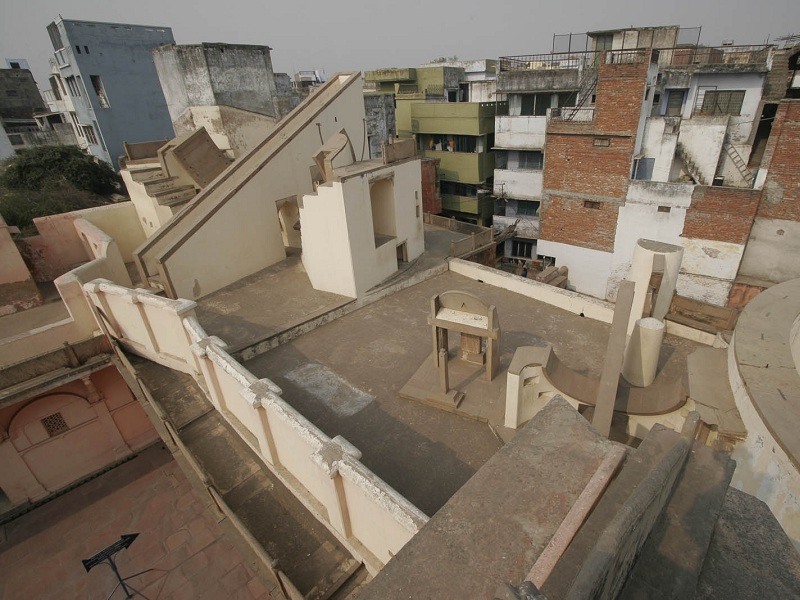 At a distance of 500 m from Sri Kashi Vishwanath Temple and 4 km from Varanasi Junction, Jantar Mantar is an observatory situated atop Man Mahal Palace near the famous Dashashwamedh ghat in Varanasi of Uttar Pradesh. It is one of the popular Varanasi Tourist Places.

Jantar Mantar was constructed in 1737 CE by Jai Singh, the Maharaja of Jaipur. He was a great admirer of science and technology and he was particularly passionate about astronomy. Also known as Yantra Mandir, it was built in order to evaluate the exact time and altitude of the place, the declination of Sun, stars and planets and to determine eclipses. It was the replica of other observatories in New Delhi, Jaipur, Ujjain, and Mathura.

Housing several masonry instruments to record the motion, speed and properties of stars, planets, and study astronomy, the building shows accurate results until now. The site is renowned for its multiple structures in various shapes that have their specialised function for astronomical measurements. Disha Yantra, Dhruva Yantra, Digansha Yantra, Krantivritta Yantra, Prakash Yantra, Ram Yantra and Samrat Yantra, being the prominent Yantras are still used for various calculations. These structures attract many astronomers, scholars, engineers, architects and scientists along with travellers for its perfect combination of geometric forms.