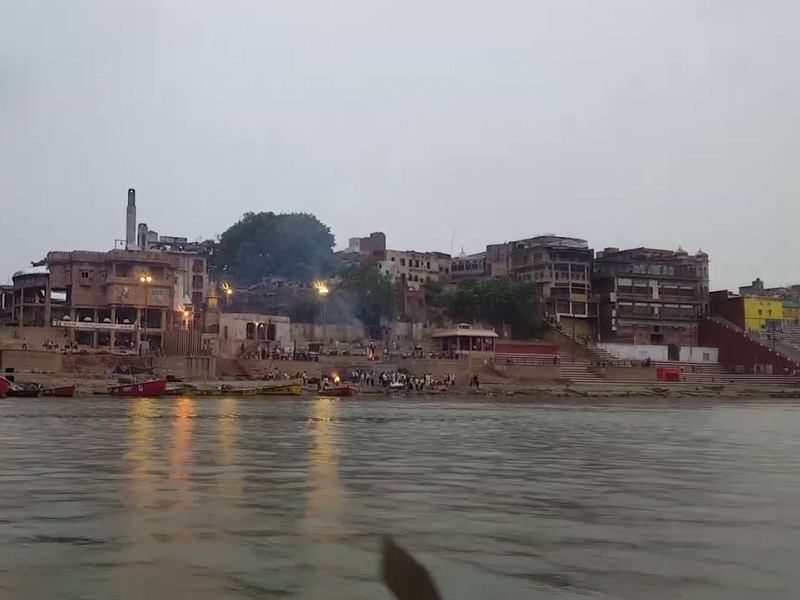 At a distance of 2 km from Assi Ghat and 6 km from Varanasi Junction, Harishchandra Ghat is a cremation ghat along the banks of holy Ganges in Kashi. It is one of the oldest Ghats of Varanasi and also one of the popular Varanasi Places to visit.

Harishchandra Ghat is named after legendary King Harishchandra, who spent his life as a keeper of a crematorium. It is believed that the God rewarded him for his determination, charity, and truthfulness, by giving him back his dead son and his kingdom. Besides Manikarnika Ghat, Harishchandra Ghat is another important cremation ghat in Banaras and is sometimes referred as Adi Manikarnika.

Hindus from distant places bring the dead bodies of their near and dear ones to this ghat for cremation. In Hindu mythology it is believed that a person whose last rights are performed here gets salvation or moksha. Housing the beautiful idols of Harishchandra, Vriddha Kedara and Adi Manikanteshwra, a beautiful temple stands on the side of ghat. This ghat also has an electric crematorium.