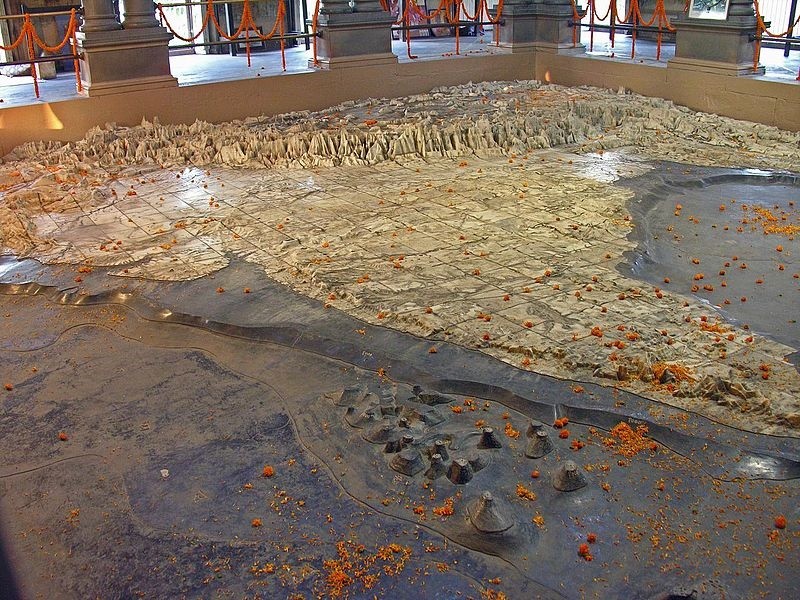 At a distance of 3 km from Varanasi Junction, Bharat Mata Mandir is fairly a new temple located at Mahatma Gandhi Kashi Vidyapeeth Campus in Varanasi city of Uttar Pradesh. Dedicated to Mother India, it claims to be the only one of its kind in the world and among the popular places to visit in Banaras.

Bharat Mata Mandir was constructed in 1936 CE by freedom fighter Babu Shiv Prasad Gupta and was inaugurated by Mahatma Gandhi. The temple is in the shape of pentagon with five pillars supporting the structure. Instead of traditional statues of gods and goddesses, this temple has a huge map of undivided India carved in marble. The map depicts the mountains, plains and oceans up to scale. This is a unique temple and a symbol of patriotism. This temple is placed itself in the settings of natural beauty overlooking the Ganges and its holy Ghats in Banaras.