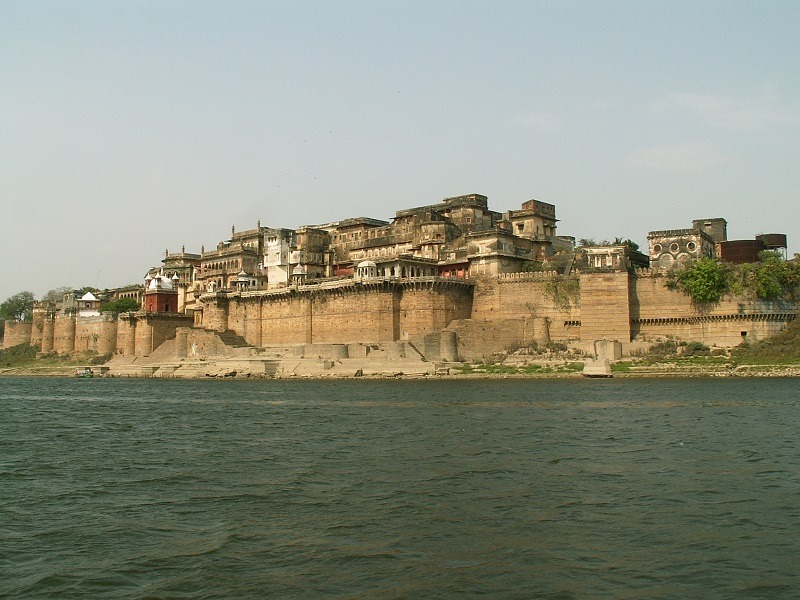 At a distance of 14 km from Varanasi Junction, Ramnagar fort is a medieval fort located on the banks of River Ganges in Ramnagar area of Varanasi. Ramnagar Fort is one of the popular forts in Uttar Pradesh and among the best places to visit in Varanasi.

Ramnagar Fort was constructed by Maharaja Balwant Singh in 18th century CE. This was the royal residence of Raja of Banaras, also known as Kashi Naresh. The fort represents typical Mughal style of architecture with carved balconies, open courtyards, and picturesque pavilions. Built with creamy-coloured Chunar sandstone, the fort houses a temple, a museum and the king's residential complex. The temple is dedicated to Ved Vyasa, the author of the Indian epic the Mahabharata. As per the legends, it is believed that Ved Vyasa resided within the fort for a short period.

The fort still retains its charm and attracts tourists in large numbers. One can still witness the ornamented swords, photographs of tiger shoots and visits by the King and Queen of Belgium can be seen decorated on the wall. The hall of public audience, popularly known as 'Durbar Hall', is converted into a museum now. The museum is famous for its rare collection of old American cars, ivory works, medieval costumes, and a huge astronomical clock. Ramnagar Fort also houses the Durga Temple, temple of Dakshin Mukhi Hanuman and Chhinnamastika Temple.

Only a part of the structure is open for public as the rest of it is the residence of Kashi Naresh and his family. The fort appears very vibrant and colourful when beautified during the one-month-long Ram Lila festival where different episodes of Ramayana are enacted. The festival also includes a procession of various antique displays of Royal possessions.