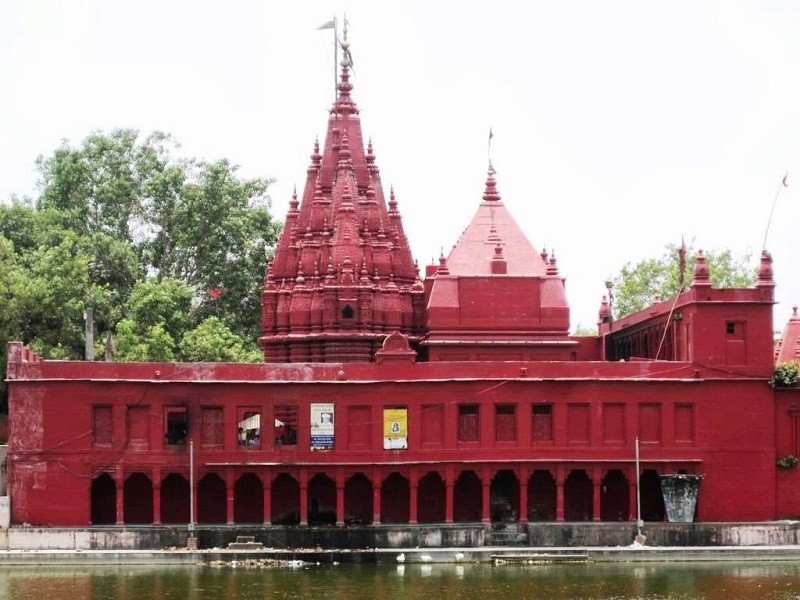 Travel Tips: Though the temple is open to all, but only Hindus are allowed to enter the main sanctum sanctorum.

At a distance of 7 km from Varanasi Junction, Durga Mandir or Durgakund Temple is a prominent Hindu temple situated near Tulsi Manas Temple in Varanasi. It is one of the popular places of pilgrimage in Banaras and also one of the must visit Varanasi Tourist Places.

Dedicated to Goddess Durga, Durga Mandir was built in the 18th century by a Bengali Maharani. According to the legend, the idol in the temple is not made by man but appeared on its own. It is believed that Goddess Durga has protected Varanasi for many centuries from the South. The temple is known with the name of monkey temple as tourists can spot number of monkeys in the temple vicinity.

The temple was built in Nagara style of architecture. The temple is painted red with ochre to match the colours of the central icon of Durga, the goddess of strength and power. The temple is made up of many small sikharas adjoined together. The temple is located on the banks of a rectangular tank, which is often called as the Durga Kund. There are idols of Goddesses Lakshmi, Saraswati and Kali present in the temple premises. Another prominent location named Durga Ghat is located in close vicinity of the temple, which was built by a saintly person, Narayana Diksith in 1772. The ghat also houses a small temple dedicated to Kharva Narsimha.

Thousands of Hindu devotees visit Durga Kund Temple during Navratri to worship Goddess Durga. Every year on the occasion of Nag Panchami, the act of depicting God Vishnu reclining on the serpent is recreated in the Kund.