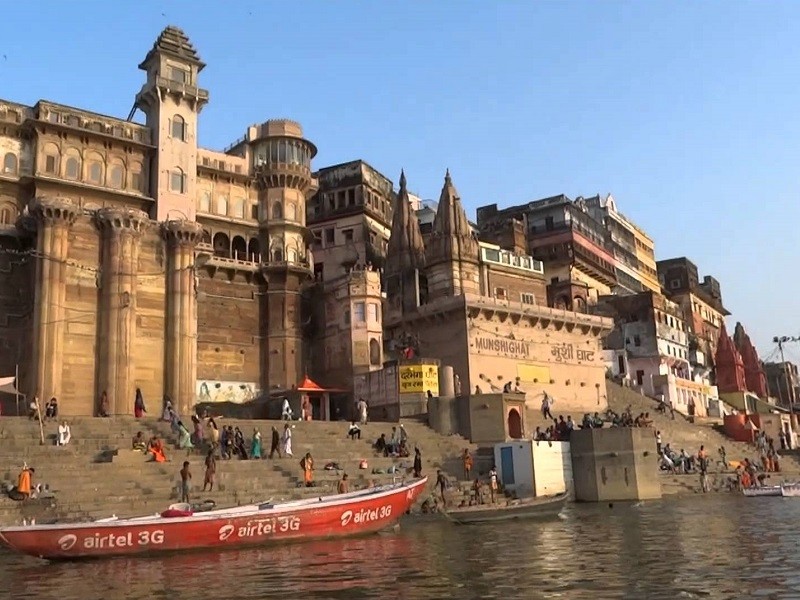 Place Location: To The South Of Dasashwamedh Ghat

Travel Tips: Non-Hindus are not permitted to enter the temple at any time.

At a distance of 6 km from Varanasi Junction, Darbhanga Ghat is located to the south of Dasashwamedh Ghat in Varanasi. This ghat is one of the famous ghats in Varanasi and also one of the places to visit in Banaras.

Situated between Dasashwamedh Ghat and Rana Mahal Ghat, Darbhanga Ghat was named after Darbhanga royal family. Darbhanga Ghat is used to perform the religious rites related to the demise of a loved one. The ghat is placed near a huge building, which offers view of religious ceremonies being performed in the ghat. Moreover, there is a beautiful temple along with huge Shiva Linga at this ghat. The premises of the ghat offer all kinds of facilities for performing religious rituals.

One can also visit Chausatti Ghat which is located next to Darbhanga Ghat. There is a Chausath Yogini Temple, dedicated to Goddess Kali. Many Hindus come to this temple during the new moon day of the month of Chaitra.