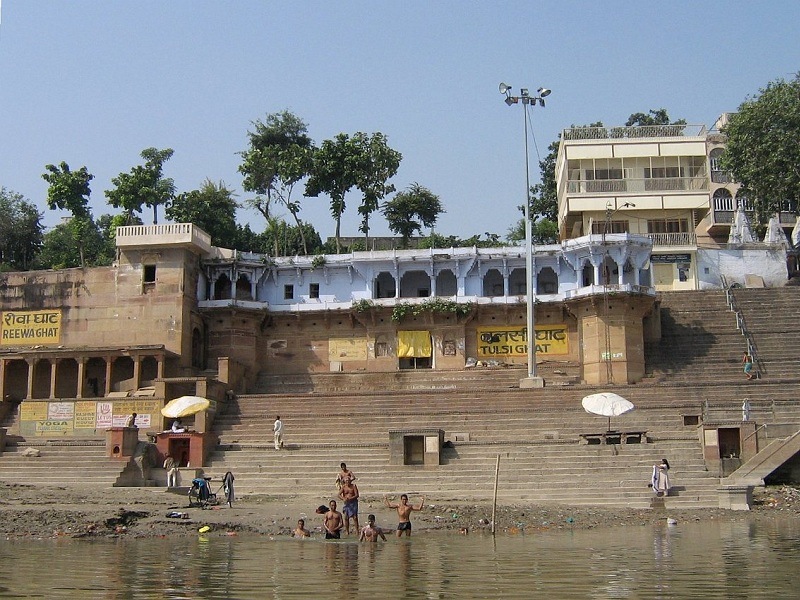 At a distance of 8 km from Varanasi Junction, Tulsi Ghat is a prominent ghat situated between Assi Ghat and Chet Singh Ghat in the holy town of Varanasi. It is one of the most popular Varanasi Ghats and among the top places to experience Varanasi Tourism.
Tulsi Ghat is named in honor of famous saint poet Tulsi Das. It is believed that the saint poet Tulsi Das had written the famous epic Ramcharitmanas at this ghat. Besides, it is also said that when the manuscript fell in the river, it was floated without sinking. Tulsi Das got motivated from the pristine Lord Ram temple located at the bank of the river Ganges. Many reminiscences of Tulsi Das are still available in this Ghat. It is believed that the first ever Ramlila (the story of Lord Rama's life) was staged at this ghat.

Earlier called as Lolark Ghat, Tulsi Ghat was renovated and cemented by Baldeo Das Birla, the famous industrialist in 1941. Tulsi Ghat is associated with a number of important activities such as Dhrupad Mela and Nag Nathaiya. Krishna Lila is staged at Tulsi Ghat with great fanfare and devotion. Being a prominent place for cultural activities, the ghat is thronged by tourists during Hindu lunar month of Kartika. Tulsi Ghat is also associated with Lolark Kund (to be blessed with sons and their long life) and it is believed that a sacred bath in this kund will cure leprosy.