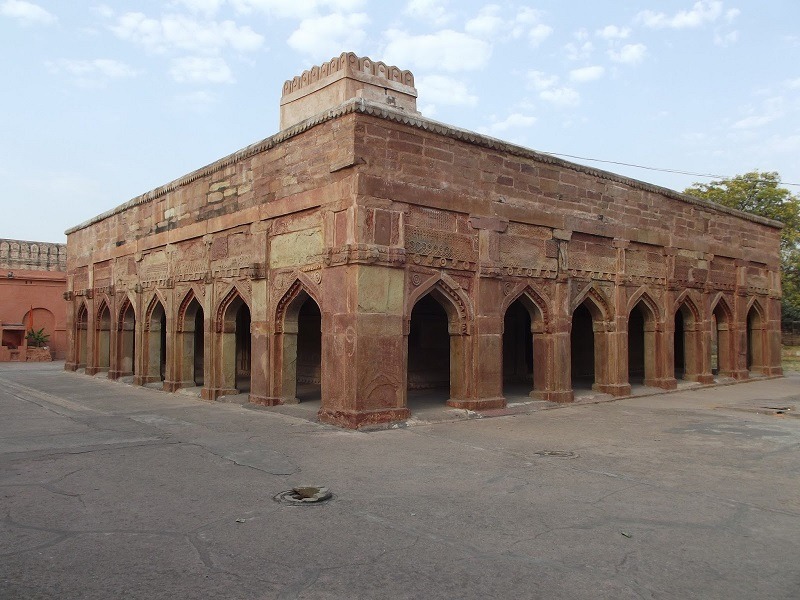 At a distance of 35 km from Mirzapur and 40 km from Varanasi, Chunar Fort is an ancient fort located at Chunar town in Mirzapur district of Uttar Pradesh. Also known as Chandrakanta Chunargarh and Charanadri, it is one of the best places to visit near Varanasi.

The Chunar Fort was established by Maharaja Vikramaditya, the King of Ujjain for his brother Raja Bhartihari. As per Alha Khand, King Sahadeo made this fort as his capital and renamed as Nainagarh in 1029 AD. Built and rebuilt several times, Chunar first came into prominence in 1177 AD, when Prithviraj Chauhan established his fort here. Later, the fort was ruled by Mughal ruler Babar in 1525 AD and then Sher Shah Suri took control over the fort in 1532 CE. In 1575 AD, Akbar recaptured this fort and then it passed to the nawabs of Awadh in the 18th century. Finally in 1772 AD, it was captured by the British and used it as a warehouse of weapons and missiles till India's independence.

Bordered by River Ganga on two sides, the fort is famous for its natural beauty and historical events. Spread across 34,000 sq. ft, the fort is a solid structure that stands on a rock, a detached part of the Vindhya Range. Due to the steep slope, the rocky fort is practically impregnable. The approach to Chunar Hill is marked by a chain of low hills, running parallel to the river on its right bank, which is covered by plantations and bungalows. The southeastern part of the fort is on the rocky bank of Ganga River, which is navigable by small boats.

Samadhi of Bhartihari, Sonwa Mandap, Hanging Place, Bungalow of Warren Hastings and Prisons are the prime attractions in the fort complex. There is also a Well of Love constructed by King Vikramaditya for his beloved wife who uses this well for ablutions. The well has secret dungeons and changing rooms. One can also find a stone umbrella inside the fort, which was built by King Sahadeo to commemorate his victory over 52 rulers. There is also an underground tunnel from the fort which connects to Raigarh & Vijaygarh.