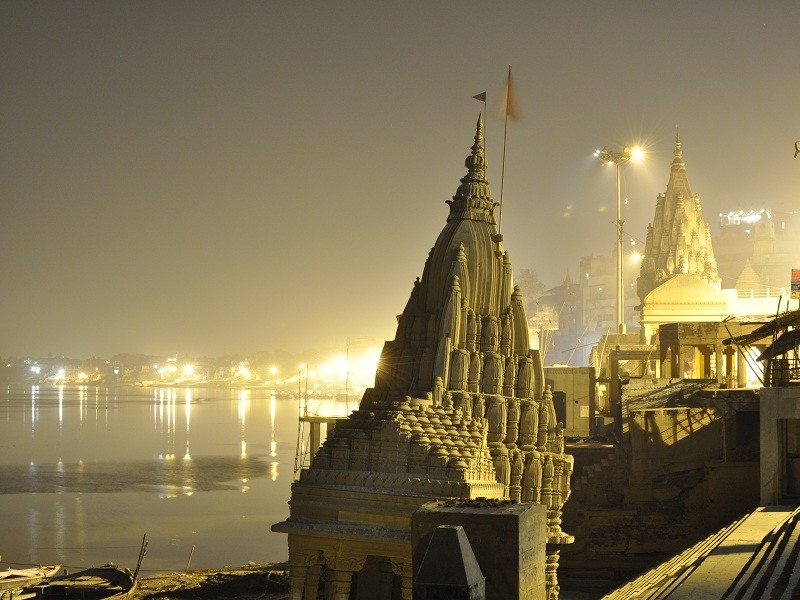 Place Location: Next To Manikarnika Ghat

At a distance of 6 km from Varanasi Junction, Scindia Ghat is one of the ghats along the banks of holy Ganges in Varanasi of Uttar Pradesh. Situated to the north of Manikarnika Ghat, it is one of the popular tourist attractions in Banaras and also counted among the must visit ghats of Varanasi.

Also known as Shinde Ghat, the ghat is named after the Scindias, who built it in 1830. This ghat is highly revered by Hindus, as it is believed that Agni, the Hindu God of Fire, was born here. Scindia Ghat is famous for a partly submerged Shiva temple. Built by Baija Bai, the temple is over 150 year old and got submerged into the water due to the weight of the ghat. It is a common belief that the massive temple masonry continues to sink even to this date.

Scindia Ghat is well known for early morning meditation because of its peaceful and clean environment. Many temples are found near the ghat. The ghat is styled with three rows of stone turrets. These turrets are mostly used for resting or sitting purposes.