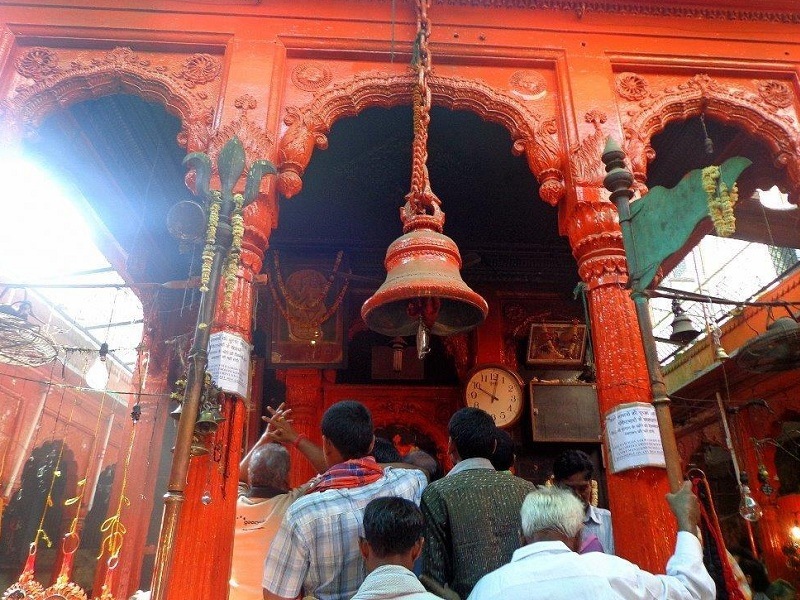 At a distance of 1 km from Kashi Vishwanath Mandir and 5 km from Varanasi Junction, Kaal Bhairav Temple is a Hindu Temple situated at Vishweshwarganj area of Varanasi. It is one of the oldest temples in Varanasi and also one of the best Places to visit in Banaras.

Dedicated to Lord Bhairav Naath, the temple has great historical and cultural importance in Hinduism; especially amongst the locals. Bhairav is considered to as the fearsome manifestation of Lord Shiva who wears a garland of skulls and carries a club of peacock feathers. Lord Kaal Bhairav is believed to be the guardian deity of Varanasi and everyone who wants to live in Varanasi need to take his permission. He is also believed to be the Kotwal of 'Sati pind', without his permission no one can touch the 'Sati pind'.

According to legend, Lord Bhairav was born from the Third eye of Lord Shiva and he is the symbol of Anger. He cut one of the heads of Brahma himself when ordered by Lord Shiva. Cutting off Brahma's fifth head made him guilty, so Lord Shiva advised him to go to Kashi where he will get rid of the sins and also told him to stay there and take care of his devotees. When depicted as Kaal Bhairav, Bhairav is shown carrying the decapitated head of Brahma.